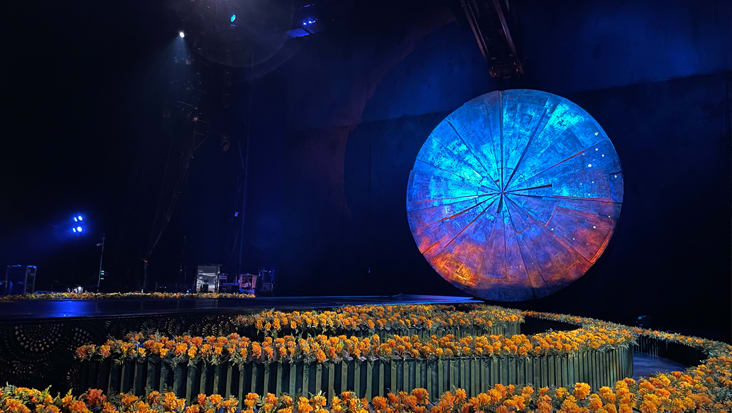 Studying on campus at Production Park sure has its unique perks. As the world’s most famed artists, entertainers and companies come through the studios, our students can gain work experience alongside industry professionals, learning from these wonderful folk in real-life environments.

You may have heard that Cirque du Soleil chose Production Park as their Montreal training base in the lead up to their return to the stage. During this time, our students were able to gain experience with the circus troupe, whilst on campus, in various roles including stage building and studio crew.

We caught up with James about his experience with one of the world's most famous theatrical groups.

Backstage Academy: When did you first encounter Cirque du Soleil?

James Eccles: My very first encounter with Cirque Du Soleil was in 2005 when I was 4. My parents took me to see Saltimbanco in Manchester. This experience, when I was really young, no doubt played a part in inspiring me to become a lighting designer.

BA: Wow, that’s awesome that you were able to experience that at such a young age! So, go on, tell us how you landed the job as spot operator?

JE: I have to admit I'm not the most frequent visitor of the job’s portal, but the day before the applications closed, a few people from Backstage who I live with showed me the job post and recommended I apply. I applied on a Thursday night with applications closing midday Friday, just making the deadline.

After a week or so of waiting to hear back, I got a call from the tour manager, Craig. He invited me down for a face-to-face meeting and to have a go at follow spotting to make sure I was capable of the task. After about an hour of practice, they asked if I would stay on and potentially join them in London, to which I swiftly accepted.

BA: We’re so pleased your housemates gave you the nudge! We bet that was pretty daunting at first to be put to the task but well done for clearly making an impression and showing your skills! So, you’ve accepted the job, what did your role entail exactly?

JE: The role was fairly simple to begin with. During a month of rehearsals in Studio 001 on campus, my role was to ascend the rope ladder to the follow spot position and perform my cues, directed by a second follow spot operator. The more we practised the less direction I needed, leading to me having learnt the show by the end of the 4th week.

After rehearsals had finished at Production Park, we loaded out and moved down to London, where we spent 4 days loading into the Royal Albert Hall. As this is the biggest show I have worked on so far as well as getting to work at one of the most historical venues in the country, the first few days were surreal! 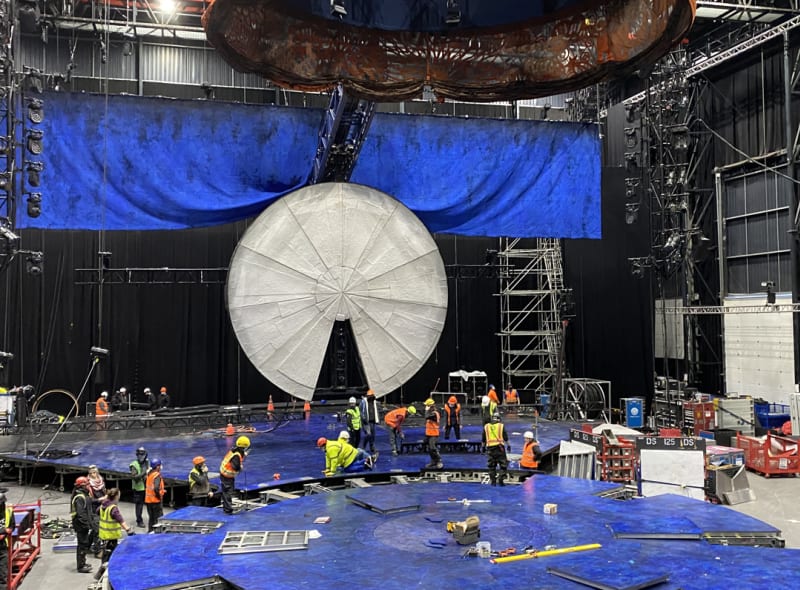 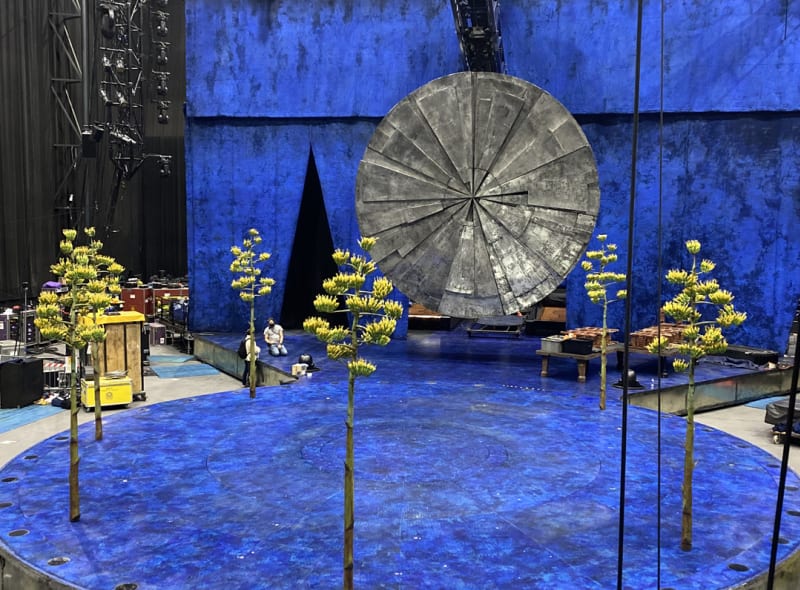 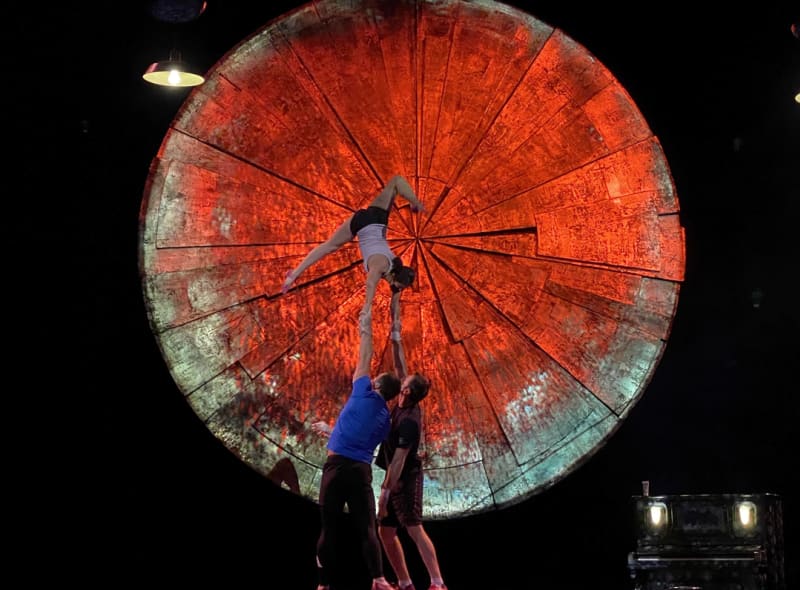 BA: We bet it was! So showtime – what was a typical day like during performances?

JE: Once the load in was complete, we moved to performing the show multiple times per day. Show days ranged from 1 to 3 shows per day. A typical 3 show day would entail waking up at 8 am to get the tube to the Royal Albert Hall. I would arrive at 9 am and begin setting up for the day's shows. I would harness up and make my way to the follow spot position and prepare by turning it on and setting things like frost, colour and the all-important sight for knowing where the fixture is pointing when it's not on.

We would then perform 3 shows across the day, one at 11.30 am, 3.30 and 8 pm. As time progressed, I was trusted with more responsibilities such as powering down the entire lighting rig. This meant after the 8 o’clock show, I would remain in the gallery until the post-show tracks were done and head to the dimmer room to turn off the rig.

My day would end at around 10:45 pm, when I would make my way back to the hotel, sometimes stopping at a pub on the way! 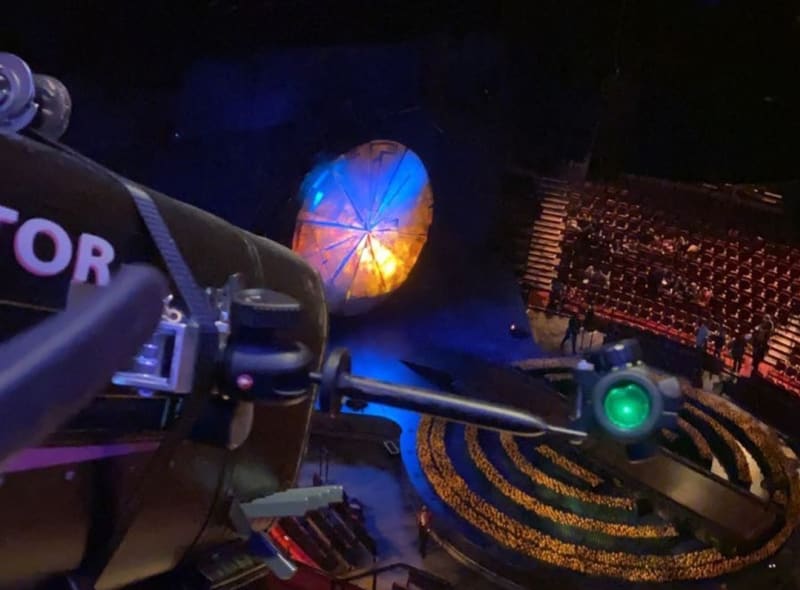 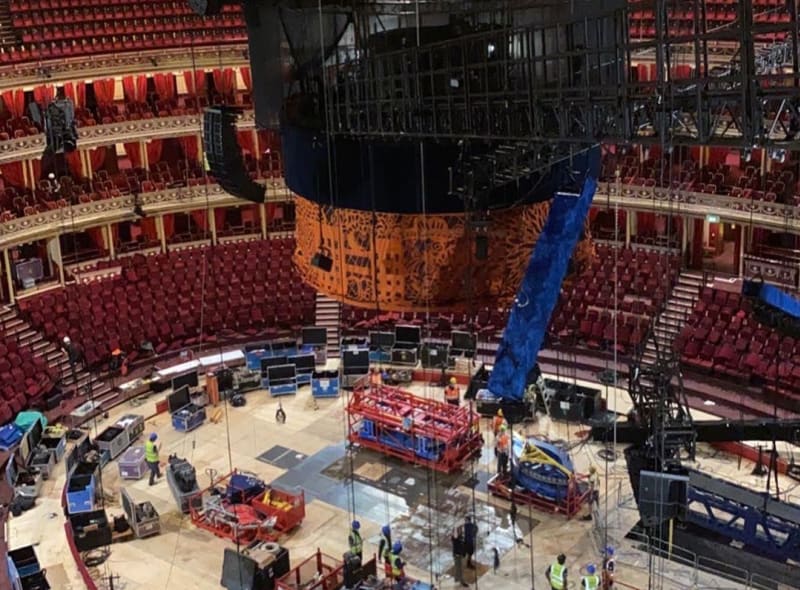 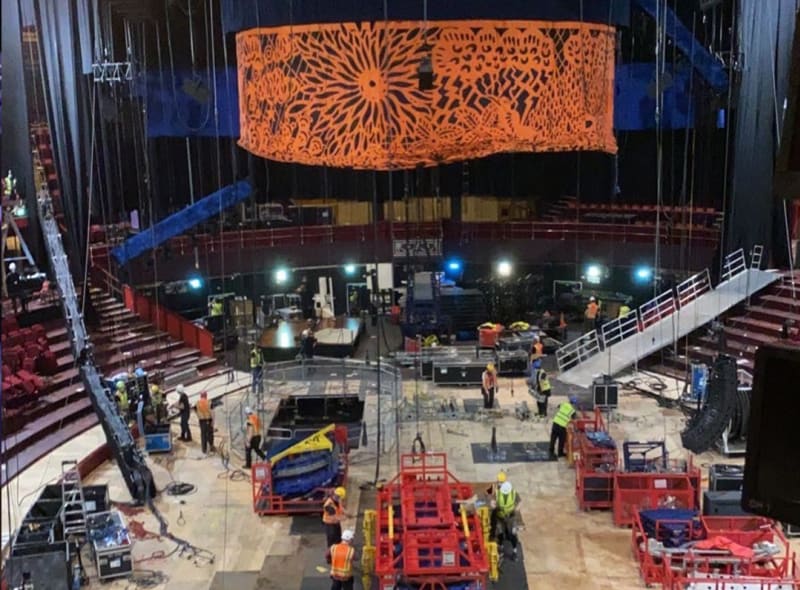 BA: That sounds incredible! Albeit a tiny bit tiring but we guess it’s all completely worth it to work on such an amazing production. What was the biggest highlight for you?

JE: Working in the Royal Albert Hall was an amazing experience that I will never forget. The venue is huge, with a maze of corridors behind the scenes and under the floor. I never did get fully used to knowing where I was! Seeing the venue turn from an active construction site to the show we performed in 4 days was amazing. I was so proud to be a part of the final product.

Working with Cirque Du Soleil was an unreal experience, in itself. I have followed their work for years online, impressed with the scale and skills of the people involved. I was initially intimidated by the thought of working for the biggest circus company in the world, but after a few days of getting to know the crew, I was welcomed as part of the team. Pete, John, Paul and Ross could not have been better to work with. They were more than happy to show me things I didn't understand and answer every possible question I could come up with.

One notable highlight for me was when my family came down to my last show to see what I had been working on. They loved it and couldn't have been prouder of me. It was an amazing end to the most eye-opening 2 months of my career so far. 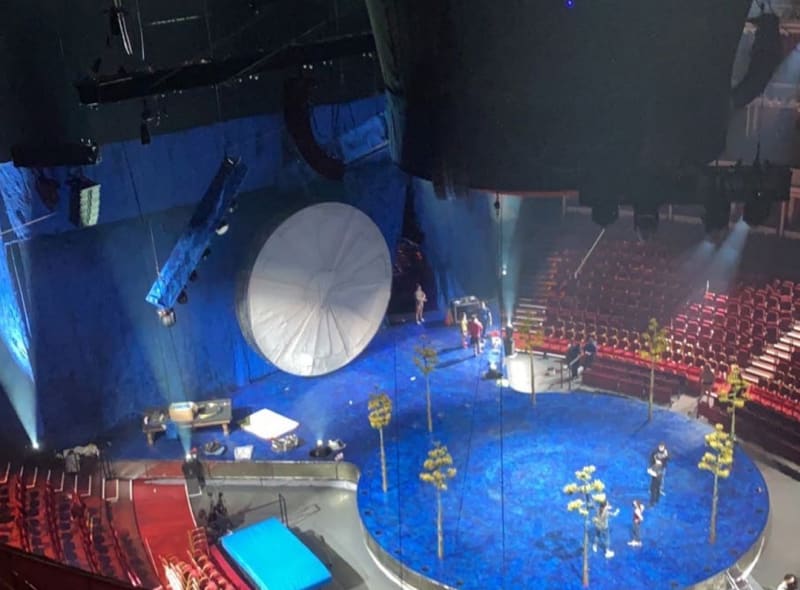 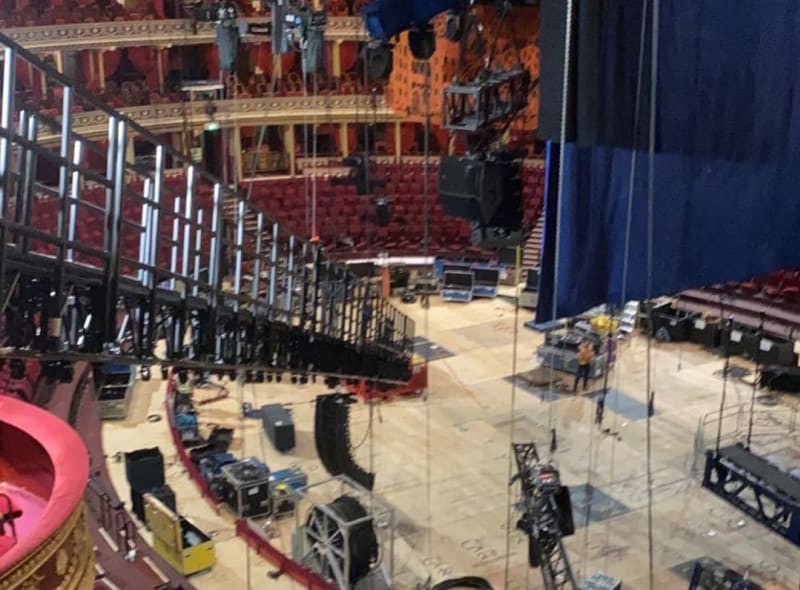 BA: That is really fantastic that your family was able to see one of the shows – and the finale too! If you had to choose one, what was the biggest thing you learnt from the role?

JE: I learnt a huge amount of tips and techniques for all aspects of putting on a show on that scale. One of the biggest learning curves was understanding the names of power cables. As Cirque Du Soleil is a Canadian company, all of the equipment used American style plugs. This was extremely confusing at first as I have no experience with power outside of the UK until now!

BA: Talk about a curveball! On to our final question for you, and it’s obviously our favourite big one, what do you see yourself doing after graduation? Is there an ambition or dream of yours to achieve?

JE: I am incredibly ambitious and have had a passion for lighting from an early age. My current goal is to land a stable job or traineeship within the industry, and I aspire to operate lights in Manchester Arena, the closest to me where I have seen the most shows. I can’t really name any artists I’d like to work with because the next chart-topping artist has not been discovered yet. Either way, I aim to tour with an arena show as that has always been my dream.

Discover our undergraduate and postgraduate degrees in the live events and creative industries.