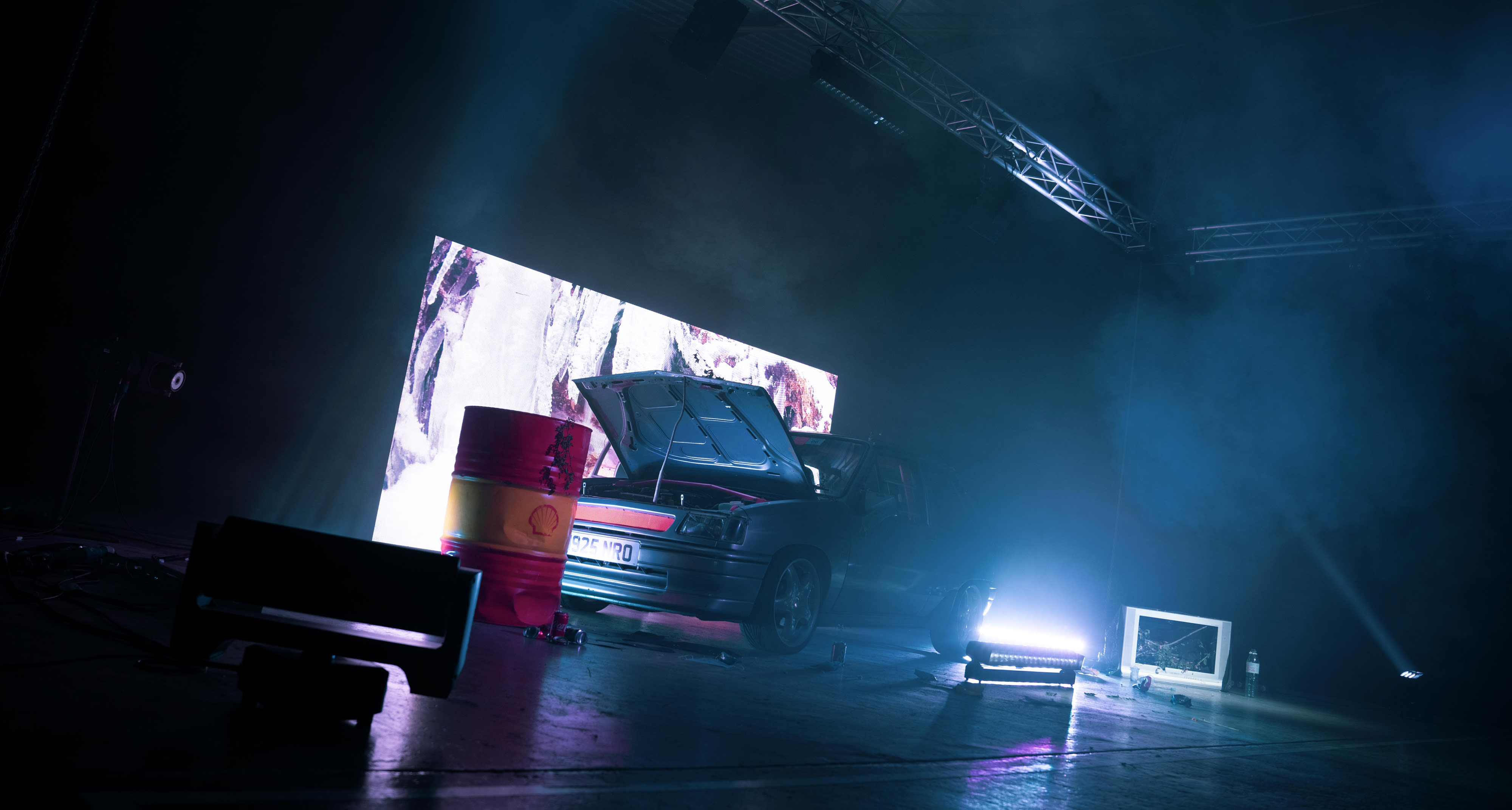 Not only have the past few months taught us how suddenly our world can be turned upside down, but it has also been a stark reminder of the effects that our everyday lives have on planet Earth. In this Final Major Project showcase, we visited Man VS Nature. An art installation that presented an immersive experience with a significant message.

There’s certainly a running theme with this years’ final year student projects: reflecting on the events of the previous year has been at the inspirational forefront of each project.

For this group of soon to be graduates, they chose to take their live event production expertise and technical abilities to bridge the gap with a more traditional gallery exhibition experience. A completely unique response to their Final Major Project brief, this student group created an immersive art installation that tackled the increasingly important topic of climate change.

We joined the team in the Soundbox studio at Backstage where the installation was introduced by BA (Hons) Live Events Production student, Alex Green.

“This project is called Man VS Nature and it’s about our own views on climate change and how we need to help the planet Earth survive through this struggling period of global warming. We wanted to create an art installation that gave the audience motive … to evoke emotion about what is happening to the world.” 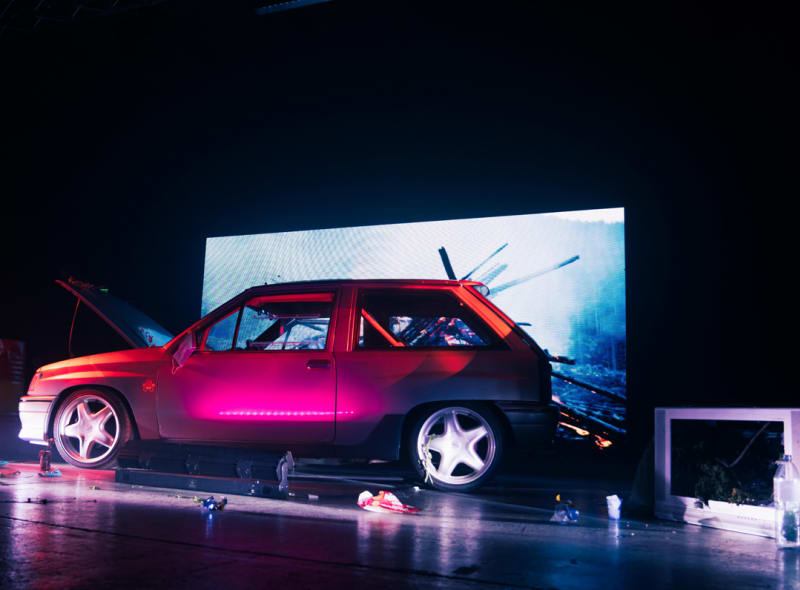 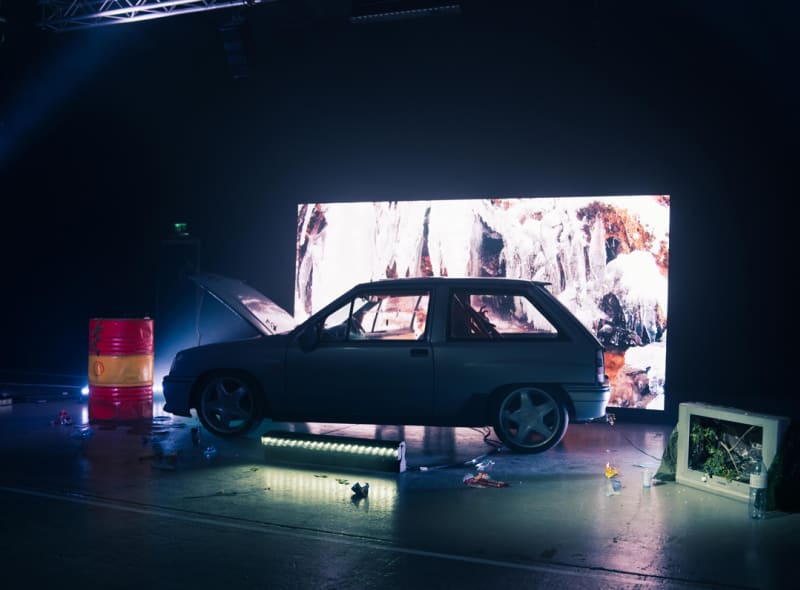 The students created a visually striking set that instantly acknowledged the impact of humankind on the climate crisis. We were met with a prophetic scene of desolation and ruin, that included an abandoned and beaten up car, television set and unapologetic inclusion of an oil drum. This literally display of waste and litter was an incredibly powerful and matter of fact recognition of the damages caused.

A large backdrop of Black Pearl 3.9 ROE video wall provided the all-important striking showpiece content created by the students. The group presented the evidence for global warming through a series of videos and images that depicted scenes of extreme weather and landfill sites interspaced with stunning landscapes of the natural world, all expertly controlled by Green Hippo’s Hippotizer system. 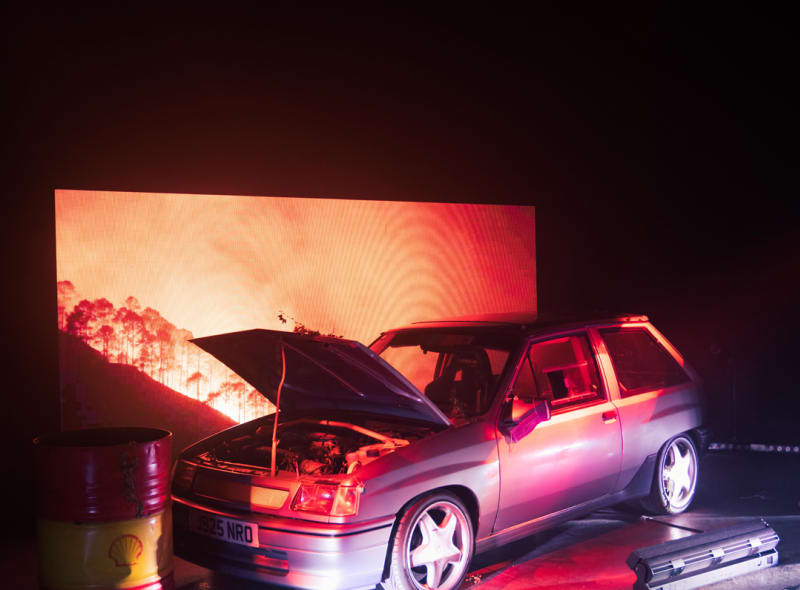 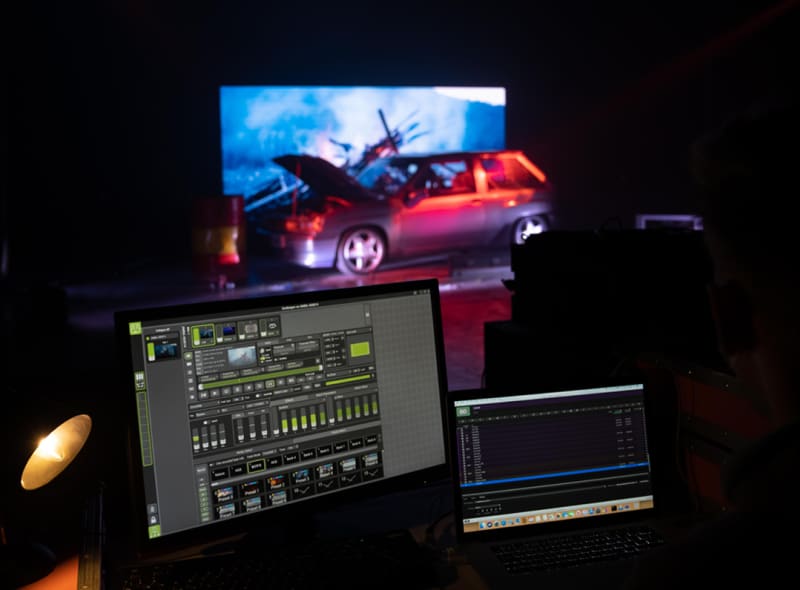 An immersive experience and 360-degree sound was created using d&b audiotechnik Soundscape software, playing out via T10 loudspeakers. Voice clips of Sir David Attenborough combined with a soundtrack of atmospheric synths gave an incredibly poignant reminder of how the world is changing at a dramatic rate. The audio was seamlessly controlled via a Midas M32 console.

A comprehensive lighting design provided by A.C. Entertainment Technologies was suspended from a SIXTY82 grid structure truss. The students also made use of the dramatic effects of bold and vibrant coloured floor lighting by PROLIGHTS, only added to the atmospheric impact of the installation. 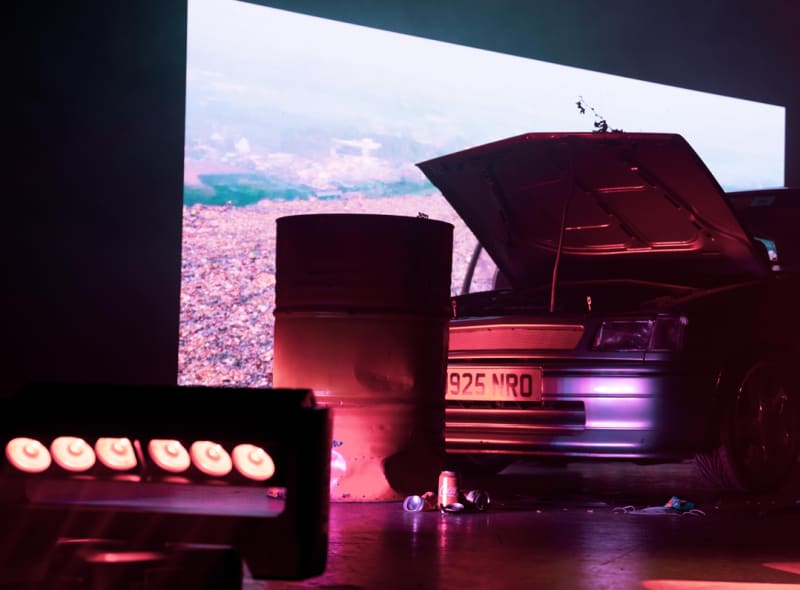 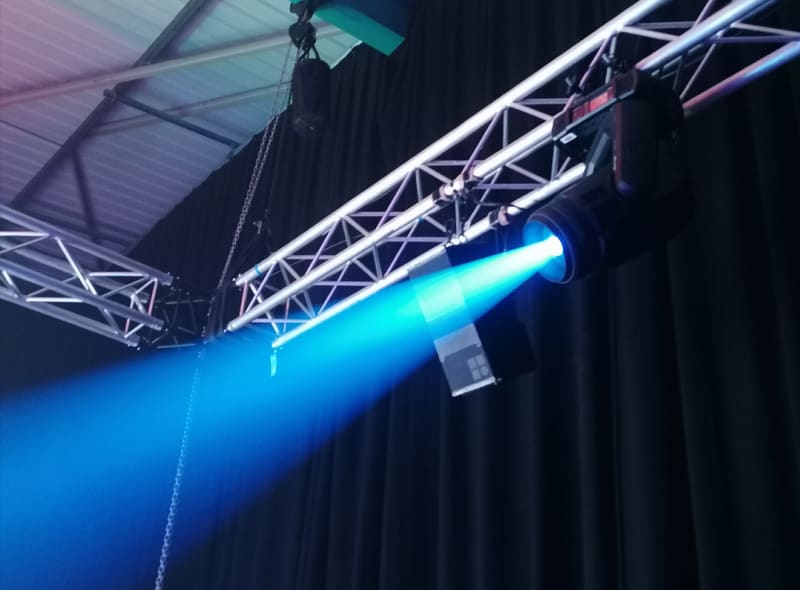 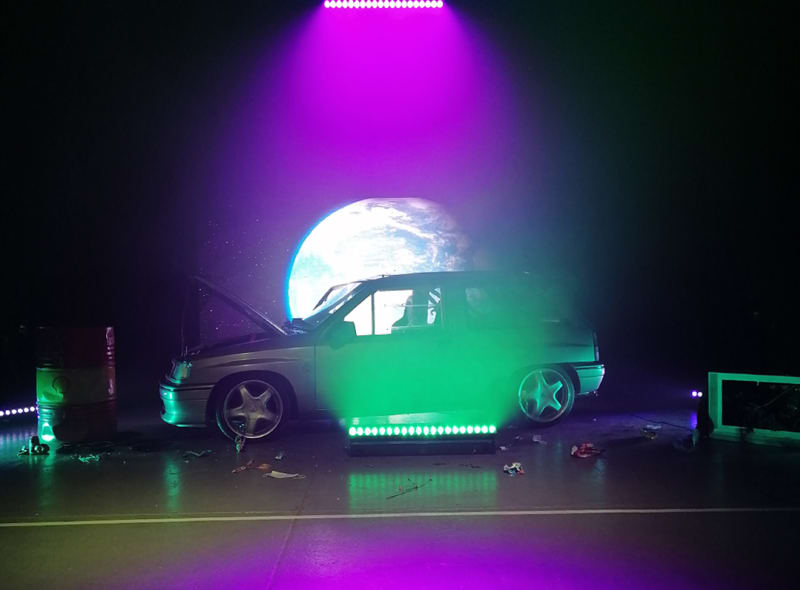 This use of best-in-industry technology and equipment really allowed the students to bring their idea and message to life. Before we left the team with their schedule of pre-booked attendees, Alex was able to share just how much the students value the fantastic industry partners that continue to support the educational experience at Backstage.

“Our event couldn’t have been possible without the great sponsors and industry partners that Backstage has, we’ve been really lucky to experiment, learn and use the kit that they have provided to us in our Final Major Projects.”

The students succeeded in transforming the studio into an immersive, exhibition space that unquestionably stirred emotions. We were left to consider our own impact on climate change and global warming, with a defiant call to action that is so readily needed.

Man VS Nature was a project by;

Take a closer look at Man VS Nature in our feature film!