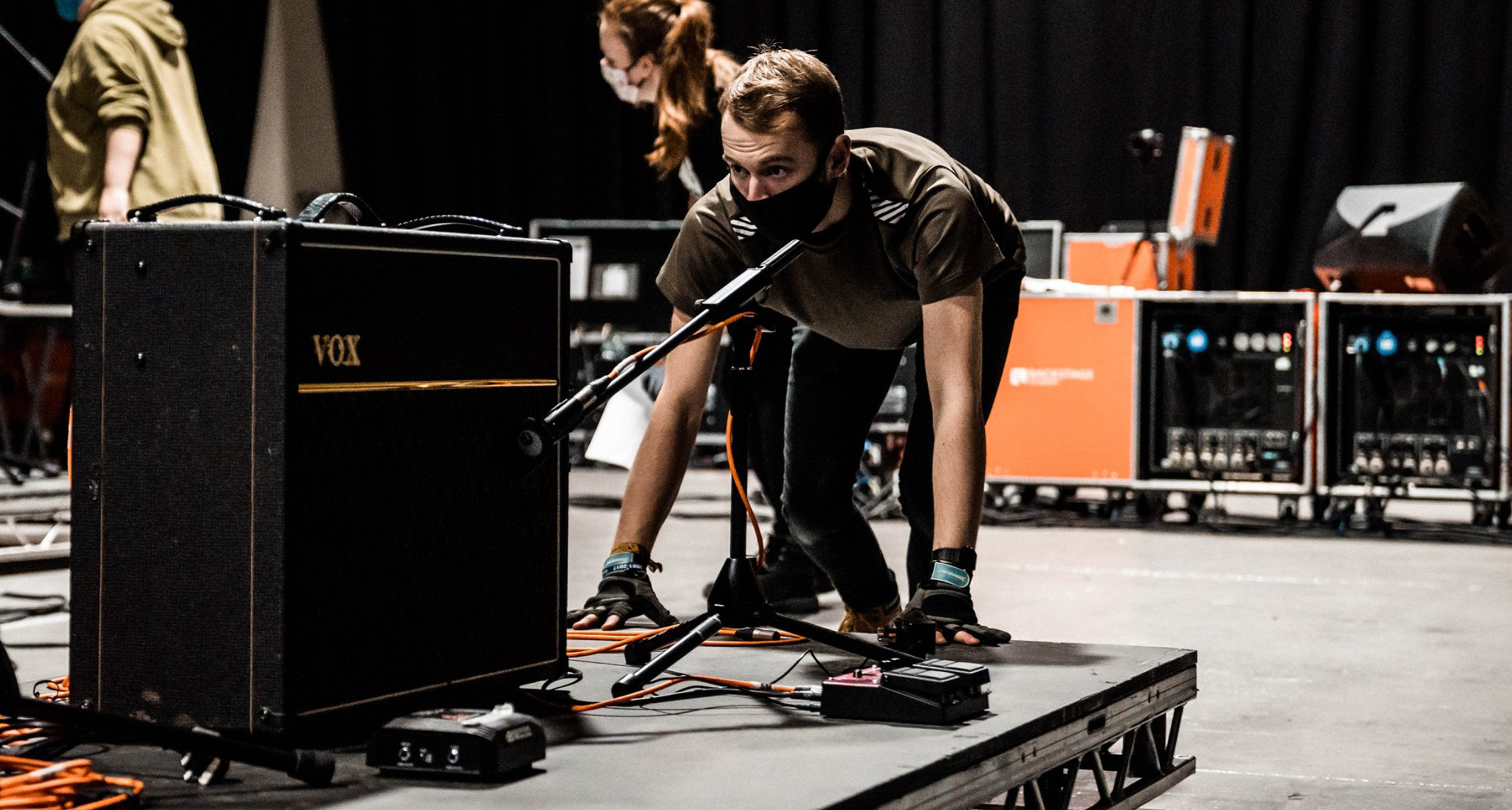 Amidst two deadlines and organising a live stream event, we took things online with Ed Leggett to get the low down on all things Backstage life. Ed has well and truly immersed himself in the community on campus at Production Park, taking on every opportunity that comes his way and playing a huge role in shaping Backstage Academy for future cohorts of students!

All this and only in his second year studying BA (Hons) Stage & Production Management.

So let’s set the scene. We’d bagged a quiet spot in the dance studio in Studio 001. Logged on and zoom a go-go [other platforms are available], we quickly learnt that fate intervened to totally change Ed’s best-laid plans in his discovery of Backstage Academy.

Backstage Academy: Starting from the very beginning, how did you come to apply to study at Backstage?

Ed Leggett: So, being in year 11 at the time, I was totally against going to Uni. It just wasn’t for me. I had an apprenticeship lined up with Transport for London in general management with quite a good salary and some decent perks and all that but then - fate came along.

I’d gone along with a friend to a UCAS careers fair at the University of Essex - back home for me. My friend went to the toilet. I was bored. So, I ended up down this bit we probably wouldn’t have bothered walking down, kind of just meandering whilst waiting for my friend to get back. I saw the Backstage Academy stand, ended up speaking to the students there and just instantly thought - these are my kind of people. I just felt something totally unique and remember saying on the day ‘I think I’m going to uni’. And it was just like that! It happened and now I’m here!

BA: Well, is there a more obvious situation of fate intervening? So how did you come to decide on studying Stage & Production Management, after stumbling across Backstage with no plan to go to university?

EL: I think because it wasn’t a typical university like your redbrick institutions, I could really see myself there. I couldn’t imagine going to university with huge lecture theatres and hundreds of people, that wasn’t familiar to me and I knew I wanted to be in a place that was more focused. Knowing that the cohorts were so small at Backstage really appealed to me because the support would be there and you’d really get to know the people with you.

BA: That’s great to hear and something that really makes Backstage a special place to be. Being able to get to know your tutors and the staff on a one to one basis is such a great experience to have at university.

EL: Yeah absolutely. And now, we’re just like a family! There’s 12 of us in my year and it’s just really nice. 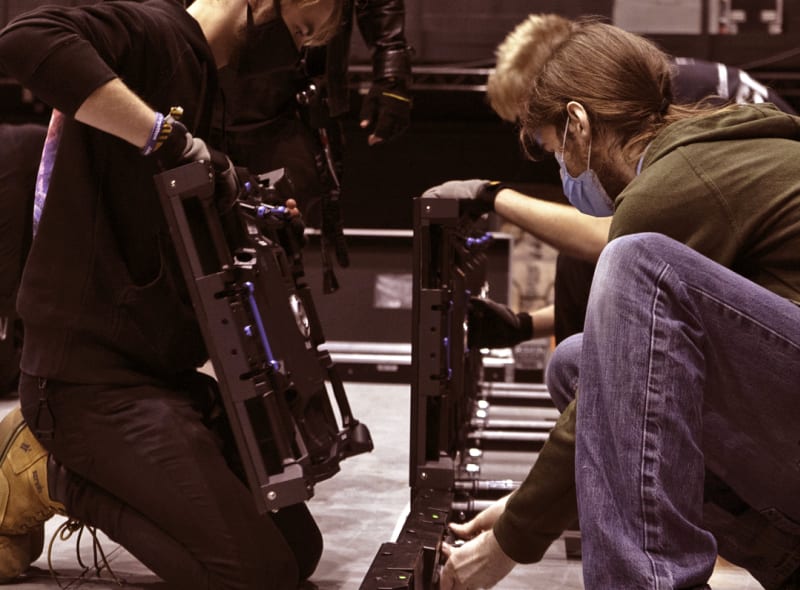 BA: We’re going back in time a bit here [bit of a back to front questioning from us!] but before coming to Backstage, what experiences had you in live events or theatre?

EL: So, at A-Level I did Drama & Theatre Studies and I did work in the sixth form theatre as well. Officially, I worked as front of house and bar staff but sometimes I did get the opportunity to get involved in the tech stuff too!

One day, I ended up getting a call to come in a bit earlier, wondering what I was getting myself in for. Turns out, I ended up doing the sound for two dance shows and their rehearsals having never even touched a sound desk before! I can remember in the interval having to speed change from crew polo to front of house shirt in the box, run downstairs and sell ice creams - and then do some cleaning in between too!

BA: Don’t tell us you had to perform too?! Talk about being thrown in at the deep end! What a great experience to have though! Do you have a favourite experience on the course, so far?

EL: I think organising Freshers Week was a major highlight. Being Production Manager of an event in Studio 001 was a bit like ‘wow, this is pretty cool’. Being part of the team that planned and ran everything was really great, knackering but so rewarding!

It was a really jammed packed week of enrolment activities and events that needed a lot of coordination and planning to ensure it was safe, secure and also really fun for new students! They were very long days but loads of fun hosting online evening events like human bingo & quiz nights. 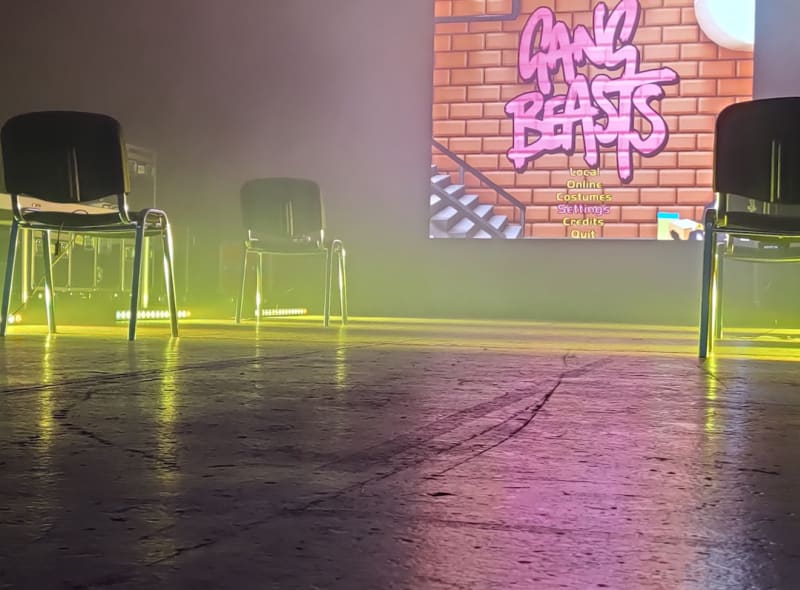 BA: Obviously a huge part of studying at Backstage is the industry experience and work opportunities. With the live events effectively being on pause this past year due to Covid, what experiences have you managed to squeeze in so far and what are you looking forward to?

ED: I was meant to be working Leeds Festival but obviously everything got cancelled! Festivals are still something I’d definitely like to experience though. I work at Leeds First Direct Arena so once things start up again, I’ll be working on the house lights, stage, seating and setting up the security side of things, as well as helping with load-ins and outs.

I actually started working there on the first of March [2020] so I picked a great time to join just before Covid hit! I think we were one of the last concerts in the UK to be held before lockdown where I did the house lights for James Arthur. I did work on the Harlem Globetrotters too which was really great.

BA: I bet you’re excited that things are starting up again! Slowly but surely.

EL: Yeah definitely. It’s a little trickier with an arena so it’ll be a bit longer yet but at least we can see a bit of light at the end of the tunnel, especially with outdoor events being possible. 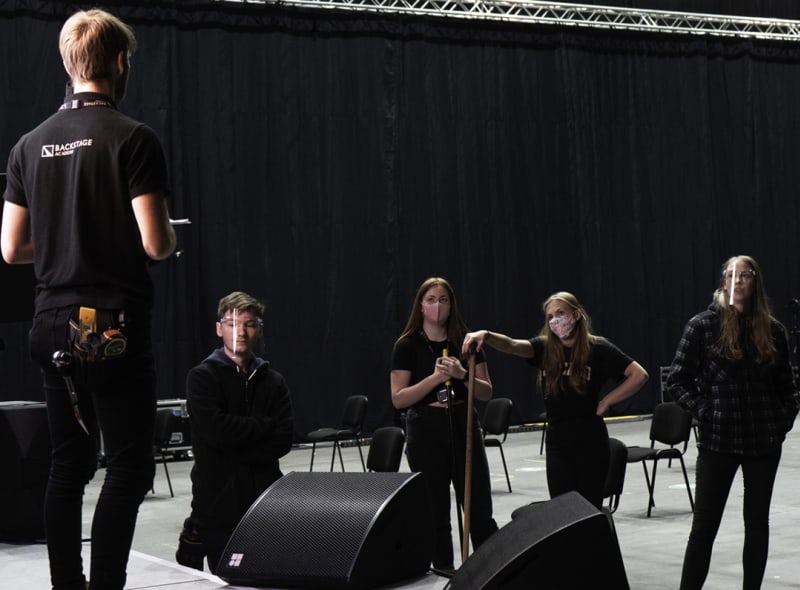 BA: Now onto our final question of the day, what do you see yourself doing in the next few years?

EL: I think longer term, I’d like to look at venue or event management, so a bit more of a permanent role rather than touring. I think I’d like to find my feet and have a bit more security to begin with - and also have the time to make up my mind on what direction I want to go off in next.

There are some great graduate schemes and management trainee programmes out there that give you such quick progression in the industry, so I think I’ll definitely look at those as an option!

BA: Well, that certainly seems like a very sensible plan - but who knows what your third year at Backstage will bring! Maybe fate will intervene again.

And on that question mark, we said our goodbye’s so that Ed could get back to work and deadline central.

After logging off, we later found out that Ed has been involved in carrying out research for Backstage Academy and is also an Associate of XPLOR, the world's first Research & Innovation centre for entertainment technology and production.

We told you he was making an impact … one to watch for sure.

Located on campus at Production Park, the £7m+ XPLOR research and innovation centre and its state-of-the-art facilities and equipment will be used to deliver a support programme for SMEs across the Leeds City Region and beyond covering specialisms such as music, TV, film, sports, corporate events, theatre and arts.

FIND OUT MORE ABOUT XPLOR