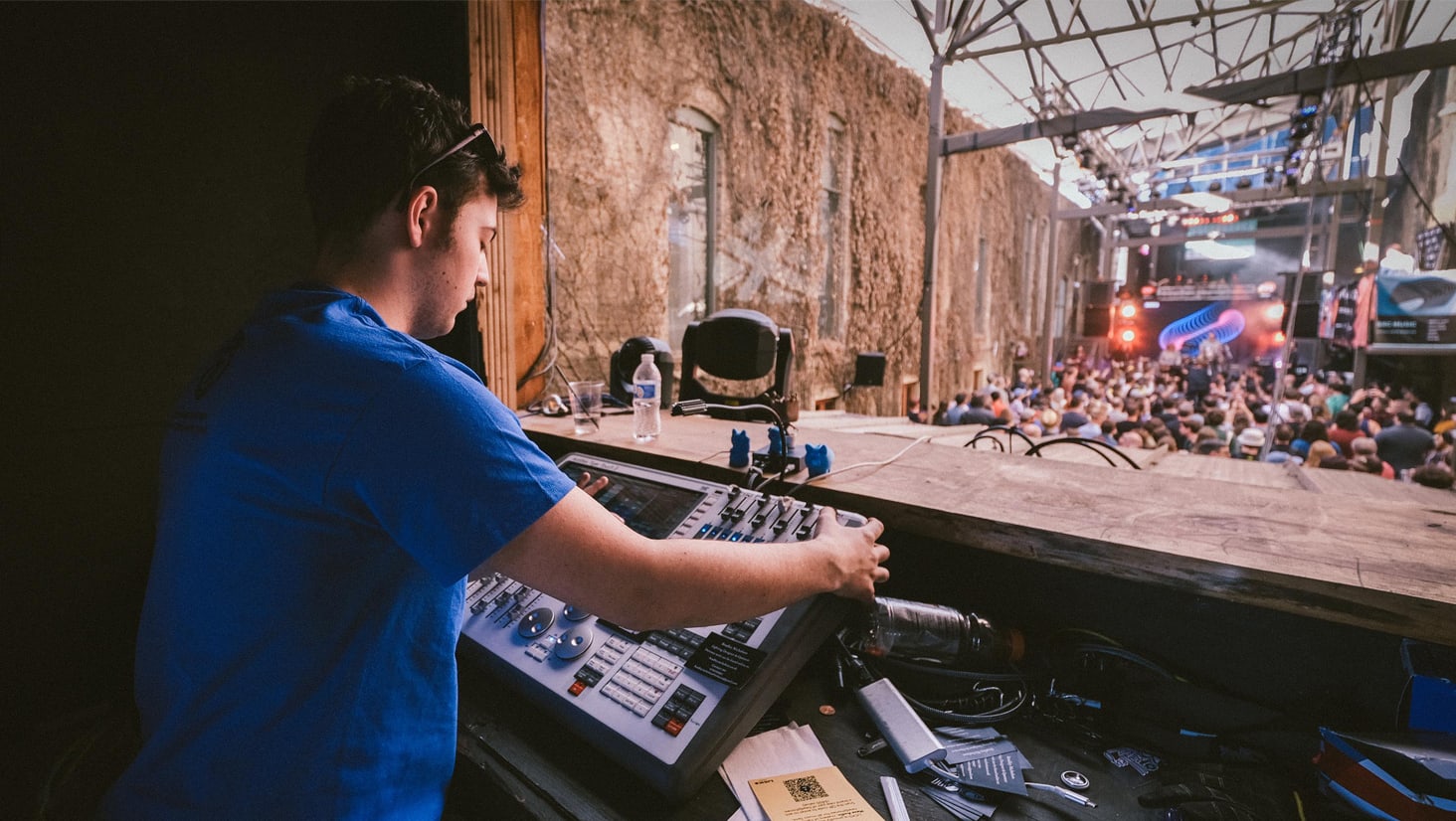 When we say you’ll get out of this world industry experience at Backstage Academy, we mean it – as student, Bradley, found out when he and six other Production Park team members headed off to Austin, Texas, to work at the South By Southwest Festival (SXSW).

One of the world’s major media events, SXSW is a 10-day melee of music, interactive media and film festivals, exhibitions and conferences featuring the biggest names in the business and a wealth of up and coming talent – our students among them.

Working for the British Music Embassy (BME) team, Bradley, who was the sole lighting technician on set, was tasked with designing and programming all the BME’s lighting, including custom LED artwork which he made and installed.

In what he described as “the most manic two weeks of my life,” Bradley and the rest of the team had to overcome numerous challenges to make sure the shows went to plan. The design needed modifying because of limited stage space, the lighting trusses needed adjusting and the smoke required some controlling. The team even had to work until 5 a.m. on one occasion, after the PA system stopped working twice and needed rewiring.

However, what happens backstage, stays backstage and what the audience saw was a series of faultless and slick gigs in which Bradley’s lighting played a key part. Some of the bands he really enjoyed doing the lighting for included the highly energetic Red Rum Club, the up and coming Wet Leg, who had just appeared on the Jimmy Fallon Show, and Self Esteem, whose centre stage fan, used to blow the lead singer’s hair, made Bradley’s lighting look incredible. 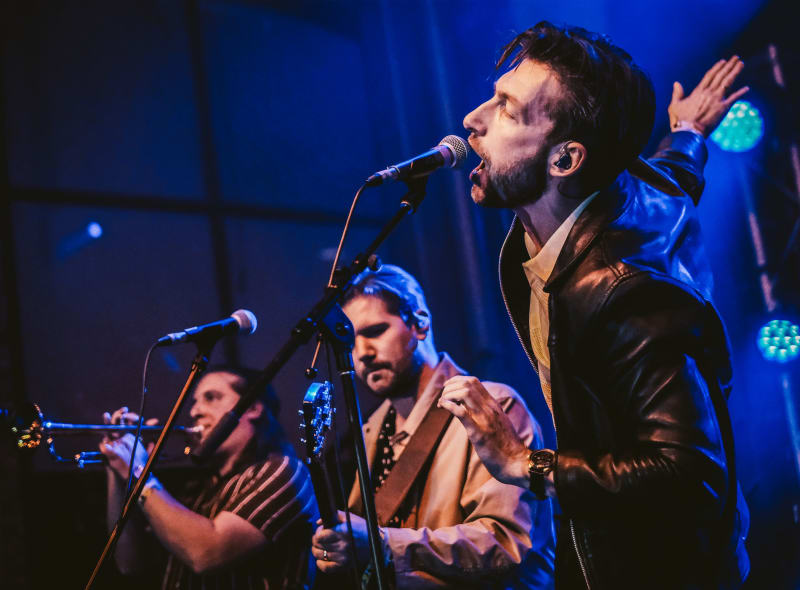 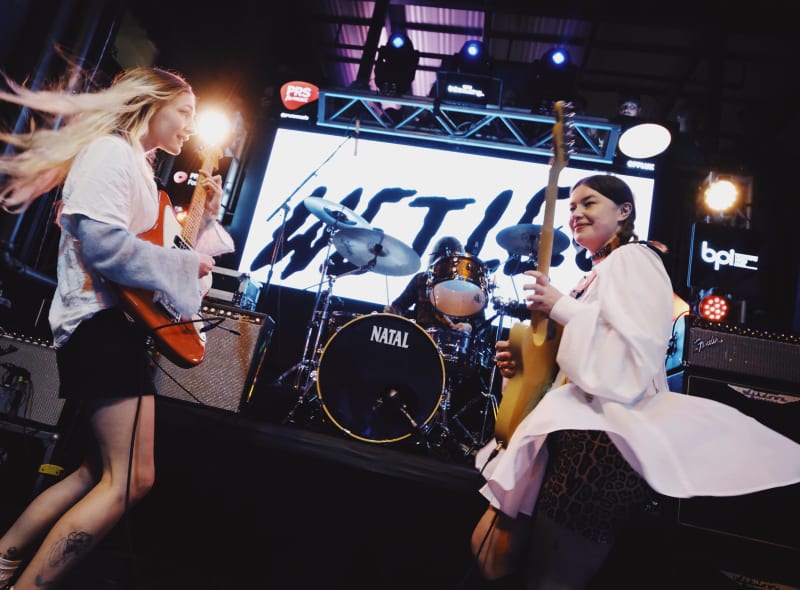 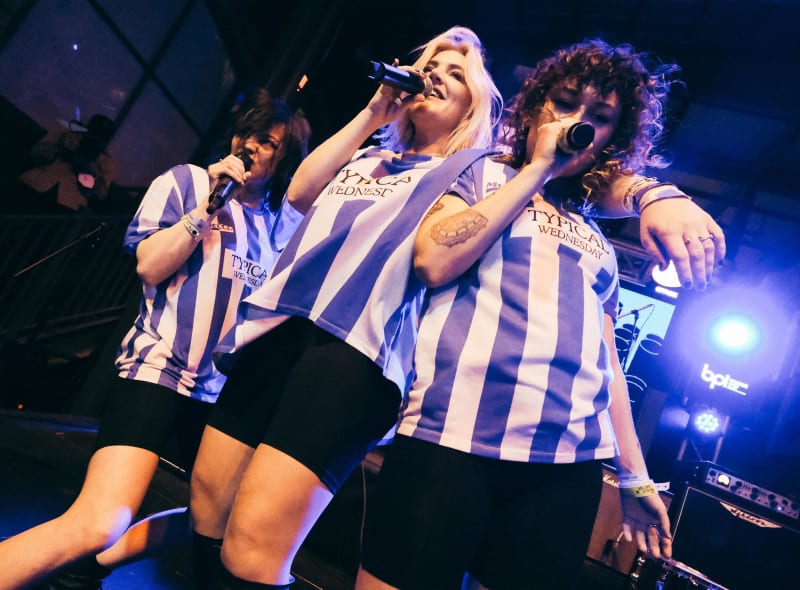 In what the production manager described as “cramming eight years of festival experience into two weeks,” Bradley learnt a great deal from SXSW. Working in an open-air venue, he found that moving the lights more frequently and using blue lights helped overcome issues with bothersome sunlight and made the stage look more interesting, while adding more hazers, would mean the stage wouldn’t lose smoke every time there was a breeze.

Bradley also made some suggestions to create an even more impressive experience for future productions. Instead of having a rig, where a lot of lights do the same thing, Bradley recommended that they could make use of LED batons, where he could have them going off at different points and have more depth to work with.

He also learnt how challenging it can be, to be the only lighting technician and would, ideally, like to work with a larger team, as he did when he led a team of four as the crew boss on Strictly Come Dancing… 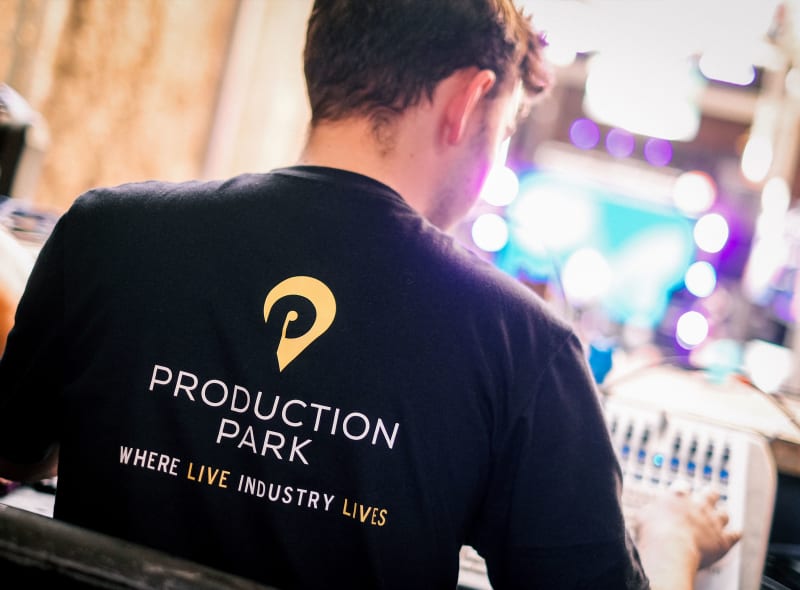 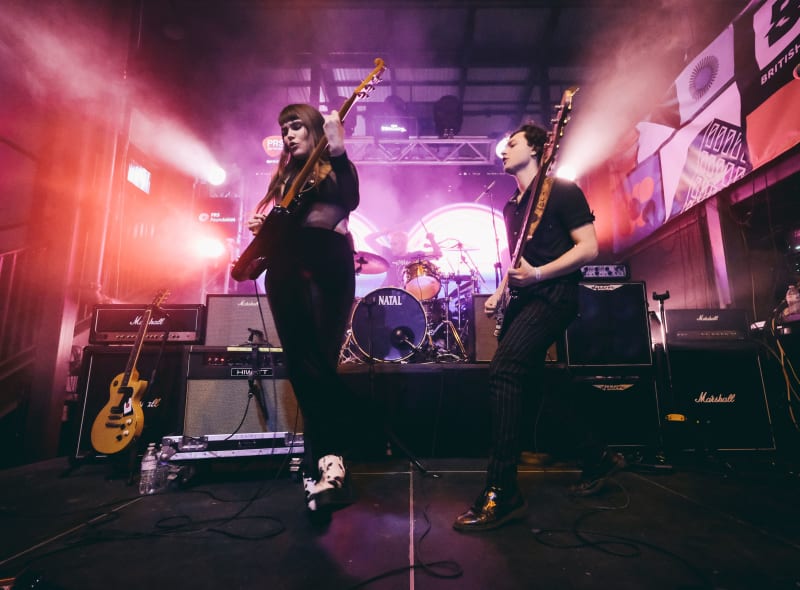 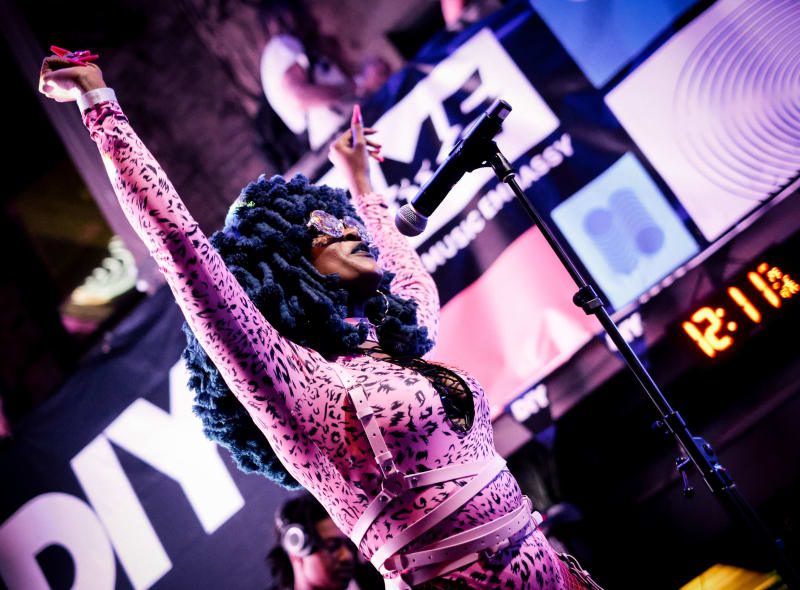 It wasn’t all hard work though. Bradley got to explore the Texan capital, Austin, with the crew and on his own, travelling around on an e-scooter. He says the people he met were warm and friendly, the city had lots to offer and the Texan BBQ food (especially the brisket), was to die for! And luckily for the crew, the pub next door to the BME venue supplied them with free food throughout.

Of course, the festival was the highlight of the trip and Bradley said that being surrounded by so much music and excitement was incredible. They even stayed for part of the trip at a friend of the crew’s house, which had wall to wall music memorabilia, guitars and retro games. The team took trips across town to check out other SXSW stages, noticing how their own was one of the most technical, had more fixtures and lights and drew bigger crowds. 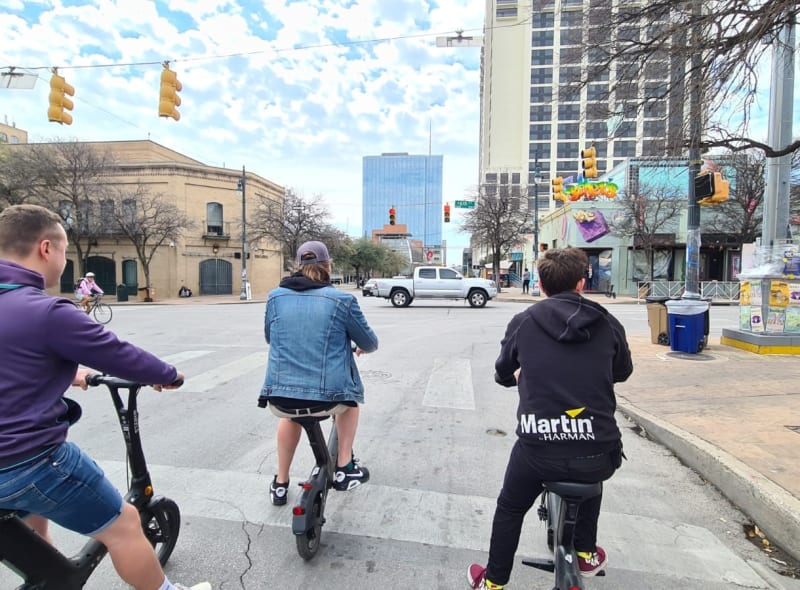 Out and about in Austin, Texas

Bradley chose to study at Backstage for the exclusive opportunities it offered. From visiting the open days and seeing students travelling around the world, to working at amazing festivals like SXSW, he thought the Academy looked awesome.

While working at Light Initiative, he’d heard friends comment about the calibre of events at Backstage and knew people at other tech universities who, although they had knowledgeable and industry-experienced lecturers, didn’t have access to the infrastructure of Production Park that offers such unrivalled, real-life opportunities.

“The Backstage Academy experience is an experience you won’t get anywhere else,” said Bradley. “The degree I’m studying, BA (Hons) Live Events Production, gives you knowledge that directly prepares you for a career, and then you get real industry experience as well, like SXSW, where I was treated as an industry professional, rather than just a student.” 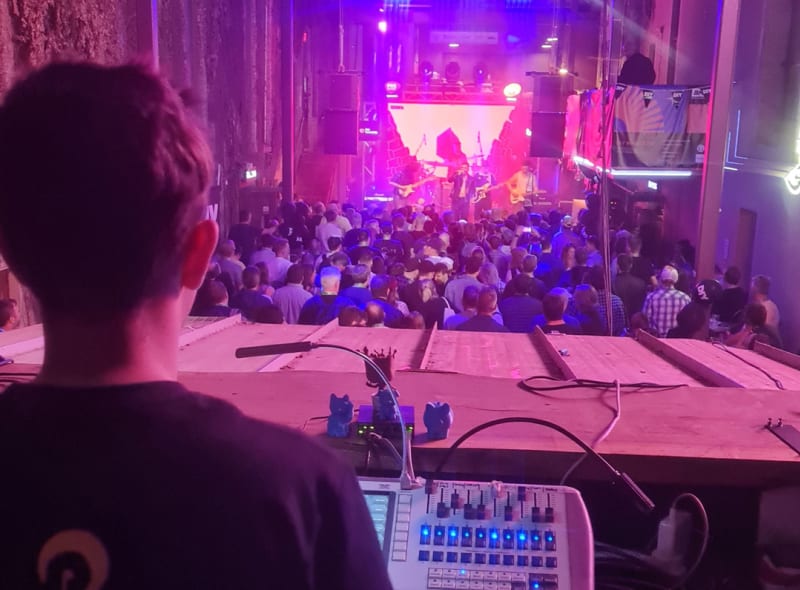 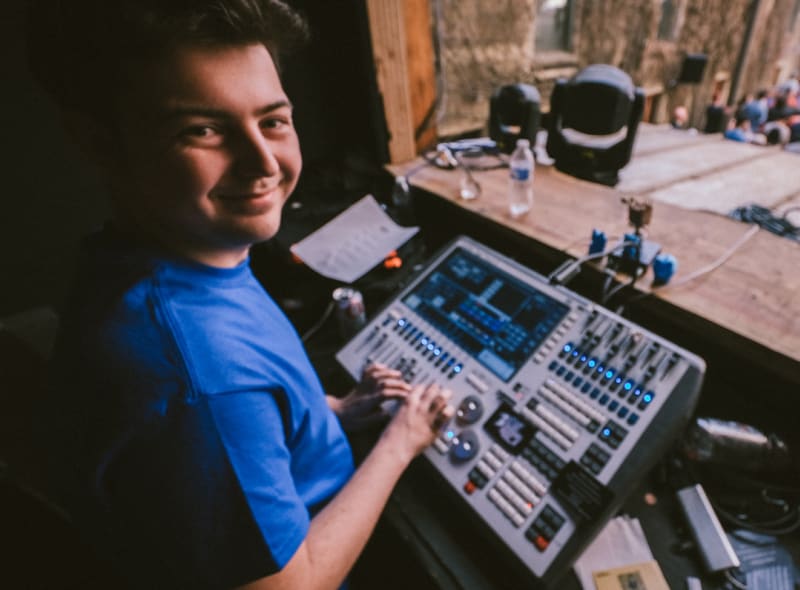 Not only did Bradley’s training at Backstage give him all the knowledge he needed for a successful time at SXSW and ensured he never felt out of his depth, within two weeks of attending, he’d already had three ‘soft’ job offers out of the experience. “Everyone should do all the work opportunities available to them,” he recommends. “This is what it can lead to.”

Want to find out more about our work opportunities at Backstage? Chat to our Student Ambassadors online and get to know more about student life!