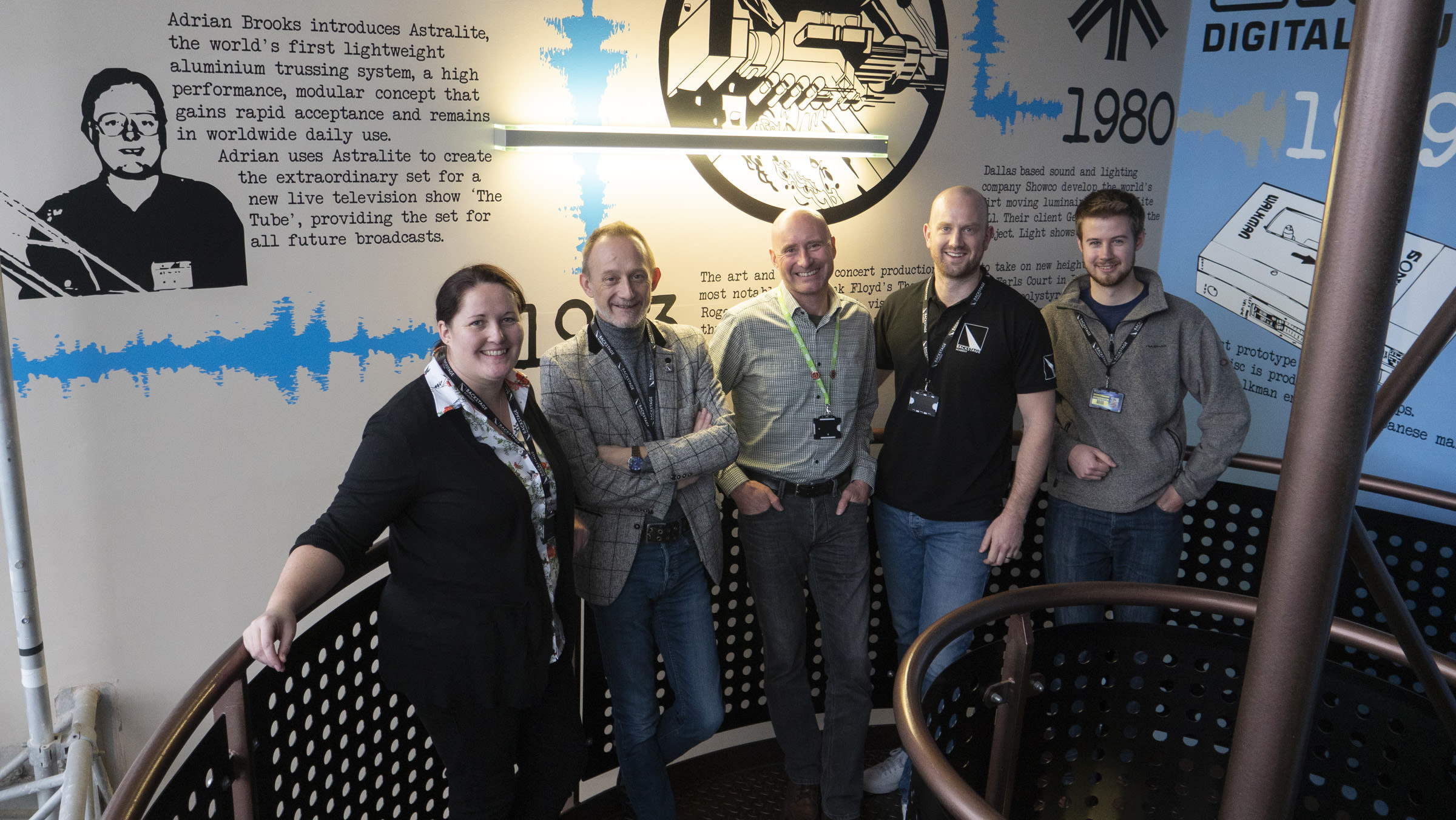 Backstage Academy, the leading live event production educational facility, has announced its new leadership team for 2019. The highly experienced team will be headed by Vice Principal, Rachel Nicholson, who is also promising new training initiatives during the coming year.

Located on the Production Park campus outside Wakefield, Yorks, the Academy’s undergraduate degree courses, which have been running since 2009, provide the academic and hands-on qualifications to secure a career in the booming live events industry.

The team will be headed by Vice Principal, Rachel Nicholson, whose arrival is the culmination of an eminent journey in the theatre world. After gaining a degree in Lighting Design, she was awarded a postgraduate studentship to study an MA in Theatre Practice where she specialised in Lighting and Digital Scenography. Rachel subsequently pursued a successful freelance career, working in a variety of venues and companies including Sadlers Wells and The National Theatre as a lighting designer and technician, before returning to the education sector permanently in 2006.

Speaking of her new role, she said, “I am excited to be joining the team at Backstage Academy at such an important time in the institution’s expansion. This is a unique learning environment, where students and industry really do work alongside each other onsite; it’s a hive of innovation and entrepreneurism.

“In the spirit of this, the new senior leadership team will be creating innovative new courses and state-of-the-art facilities to support the development of both our students and the live events industry.”

Joining Nicholson, and pooling their considerable resources to help evolve new courses and partnerships with leading manufacturers, are the following:

Richard Sadler, Academic Director
A music graduate, whose early career encompassed professional practice as a stage and company manager, Richard worked in repertory theatre, touring and the West End. He spent eight years with the Royal Opera House, Covent Garden before joining the London Bach Choir as their first professional General Manager. Richard subsequently moved into higher education where he has worked for several small institutions specialising in live and visual arts. He will drive academic enhancement and quality assurance at the Academy.

Matt Bate Director of Operations and Student Services
Matt joined the Academy in September 2015 from the University of Exeter, where he was Vice-President and Executive Trustee of the Students’ Guild. During his time there, he developed an in-depth knowledge of Higher Education. At Backstage Academy, he will oversee the day-to-day operation of all courses, and is responsible for maintaining a high quality student experience.

Jack Scarr, Marketing & Commercial Director
Jack joined Backstage Academy in February 2018 to oversee all marketing and communications, with responsibility for student recruitment and driving commercial growth. He has worked in educational marketing for over seven years to apprenticeship and degree level.

Miles Marsden, Industry Partnerships Director
Miles has been Business Development Director at Production Park for Art, Brand & Architecture since 2010. Originally qualified as a Design Engineer he went on to follow his passion for sound systems. He was a founding partner of a successful audio installation and rental company for over 20 years and became a member of the Institute of Sound & Communication Engineers (ISCE). Miles will oversee the Academy’s industry partnerships with leading entertainment technology manufacturers and distributors.

Commenting on the new appointments, Adrian Brooks, chairman and founder of Backstage Academy, said, “We are delighted with the team who will be guiding our academic programme through its next phase. Rachel brings a host of knowledge and experience from her time at Rose Bruford, where she was Programme Director and instrumental in helping that organisation navigate its way to gaining degree awarding powers and university title.

“At the same time we welcome Richard Sadler as Academic Director. He joins from Leeds University of Art and brings the experience to ensure that the necessary academic rigour is in place in all the content delivery of our courses.

“These key appointments, together with those of Jack Scarr, Matt Bate and Miles Marsden, make up a strong leadership team which, with the support of the board at Production Park, will enable the Academy to achieve its next goal, which is to become the first true industry led and owned specialist university for the burgeoning live events sector.”