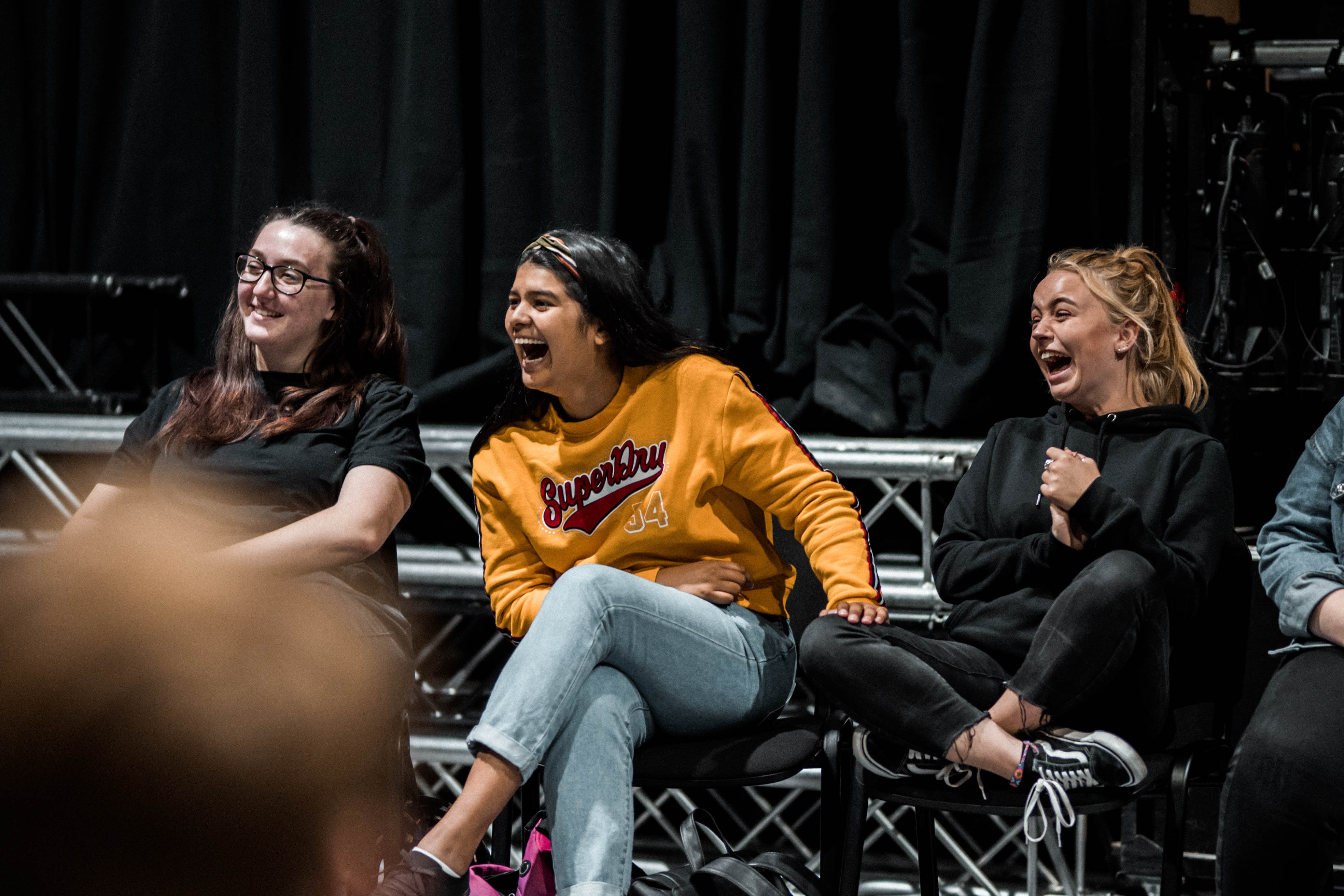 To mark International Women’s Day, we want to celebrate the incredible women in the live events and creative industries. These women are just some of the inspiring and influential individuals that continue to be the creative driving force of the world’s most spectacular entertainment experiences and technological advancements.

Laura Frank began her career as a top lighting programmer, working across the breadth of the entertainment industry including concert touring, theatre, television & sporting events. With projects for the likes of David Bowie, Madonna, Miley Cyrus, Broadway shows such as Matilda and Spamalot, and events including the Olympic Opening Ceremony and Latin Grammy Awards.

After a decade of refining a media delivery workflow, she established herself as a Screens Producer leading a highly regarded Media Operations team for prominent events around the world. Her shows included the MTV Video Music Awards, The Game Awards, the Turner Upfront and the CMA Music Awards. Currently Laura is focused on education, community development and consulting for live events & XR.

With over two decades of experience as an entertainment technologist, Laura is now working as Founder & Creator Advocate at frame:work. A community-building initiative for video professionals working in live & virtual production, frame:work provides space for creatives, engineers, producers, programmers and designers to learn, share and support each other.

Find out more at www.framework-community.com 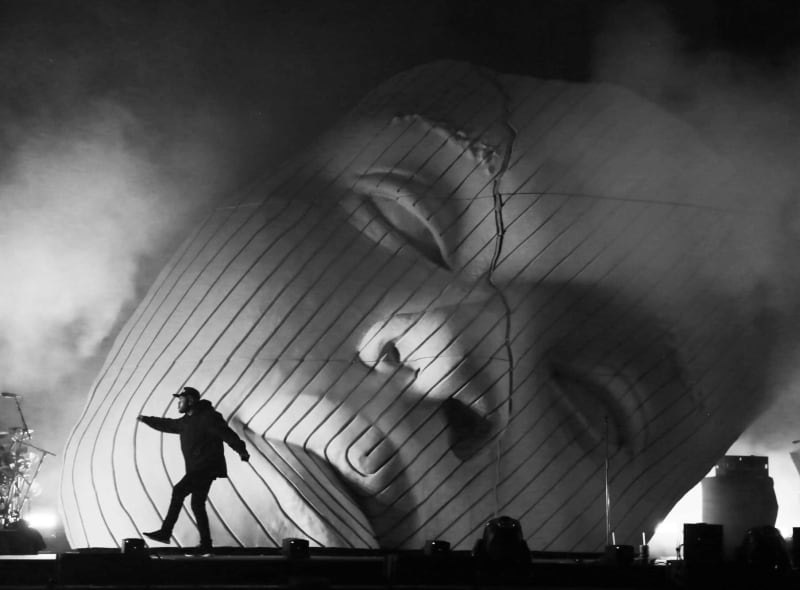 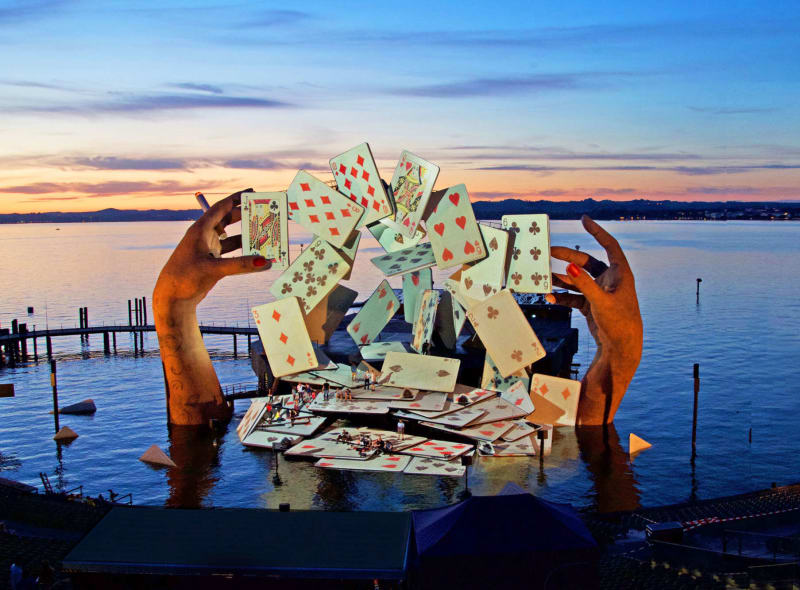 Over 25 years, Devlin has worked with an incredible roster of artists that include Kanye West, Adele, U2, Beyonce, Take That and the Weeknd – and who can forget the Miley Cyrus 2014 Bangerz Tour. Not to mention installations and exhibitions at the V&A, Somerset House and the Serpentine Gallery.

She has been awarded the 2017 London Design Medal, three Olivier Awards, Evening Standard, Critics Circle and Wall Street Journal Innovation Award 2016. She is a fellow of UAL London, was made OBE in 2015, and was named a Royal Designer for Industry in 2018.

Find out more at www.esdevlin.com

The creative duo, Sam Hunter & Julia Whittle, have been responsible for running some of the world’s largest and most impressive live events and theatre productions.

Starting in 2004 with their first stage management role for the Olympics in Athens, Sam and Julia, have been the Production Stage Manager and Showcaller, respectively, for many of the Olympic Opening & Closing Ceremonies, including all 4 at London in 2012.

Sam, Production Manager, has delivered 16 Opening and Closing Olympic and Paralympic Ceremonies and has coordinated the rehearsal schedules for over 55,000 volunteers in over 14 countries. As Show Caller, Julia has been the backstage voice of the Olympics since 2010, with up to 10,000 people, from volunteers, VIP performers to royalty listening to her instructions at any given time. 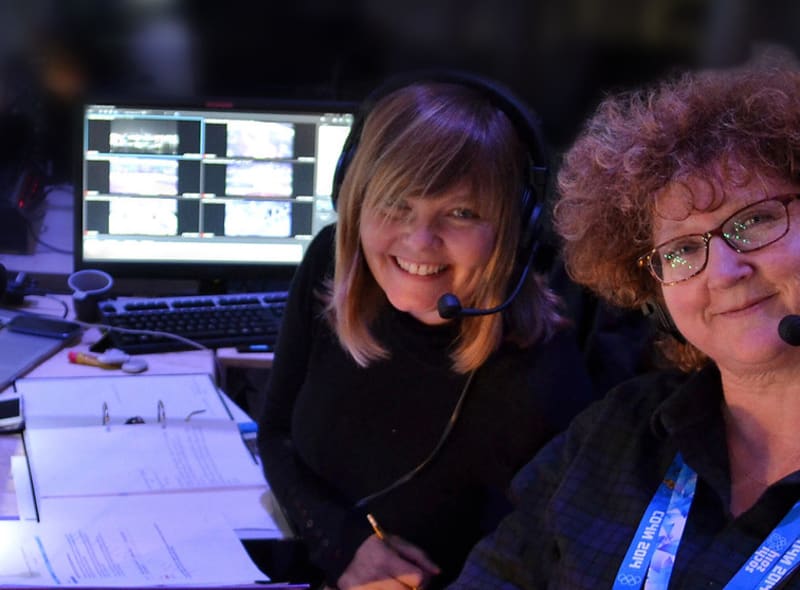 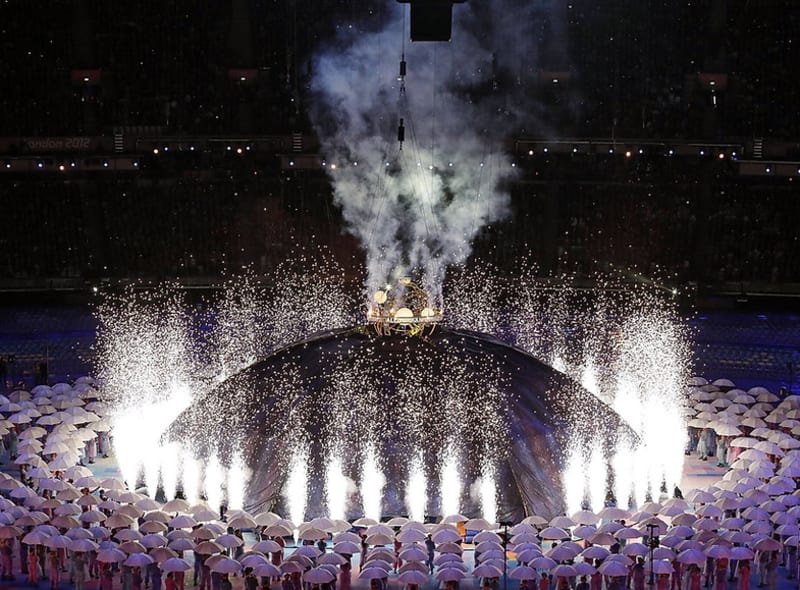 Since 2004, Sam & Julie have headed up the Orange Jackets Stage Management teams and have since established an international reputation for ensuring exemplary high standards of production management.

Find out more at www.orangejackets.uk

With over 12 years of experience within the events industry, Nadu Placca has established herself as an internationally renowned creator, designer, producer and self-proclaimed event architect.

Working with a variety of clients including the Amy Winehouse Foundation, Shout Out UK and Volunteering Matters – just to name a few - Nadu has continued to develop her passion for events and the desire to share this knowledge. This has led to the creation of The Zoo XYZ, a female-led and Black-owned Events Management agency, built on the foundation of years of experience and a strong network of international industry specialists.

Nadu is passionate about events, experiences and training; as an advocate for young people in creative industries, she works to inspire, motivate, and support industry trainees to reach their potential. The Zoo XYZ encapsulates Nadu’s mission to turn her client’s vision into experience, in addition to giving back to her community through training and mentoring schemes.

Find out more at www.thezoo.xyz

Mimi Stal is one of the very few female Automation Managers in the industry. Beginning her career in live music and touring, Mimi was supported in the early days by Production Director for AC/DC, The Rolling Stones, U2 and Metallica - Jake Berry.

Mimi first worked for Live Nation in stadium and arena gigs as a stagehand and local Production Assistant. After working on and experiencing as many productions as she could – including Beyonce & Jay Z’s OTR II World Tour - Mimi found herself on our very campus on Production Park. Ben Brooks, Managing Director at Brilliant Stages, provided Mimi with training as a versatile automation technician, operator and programmer, leading her to gain a Raynok Operating System; 3D Programming certificate and specific knowledge in electrical engineering. 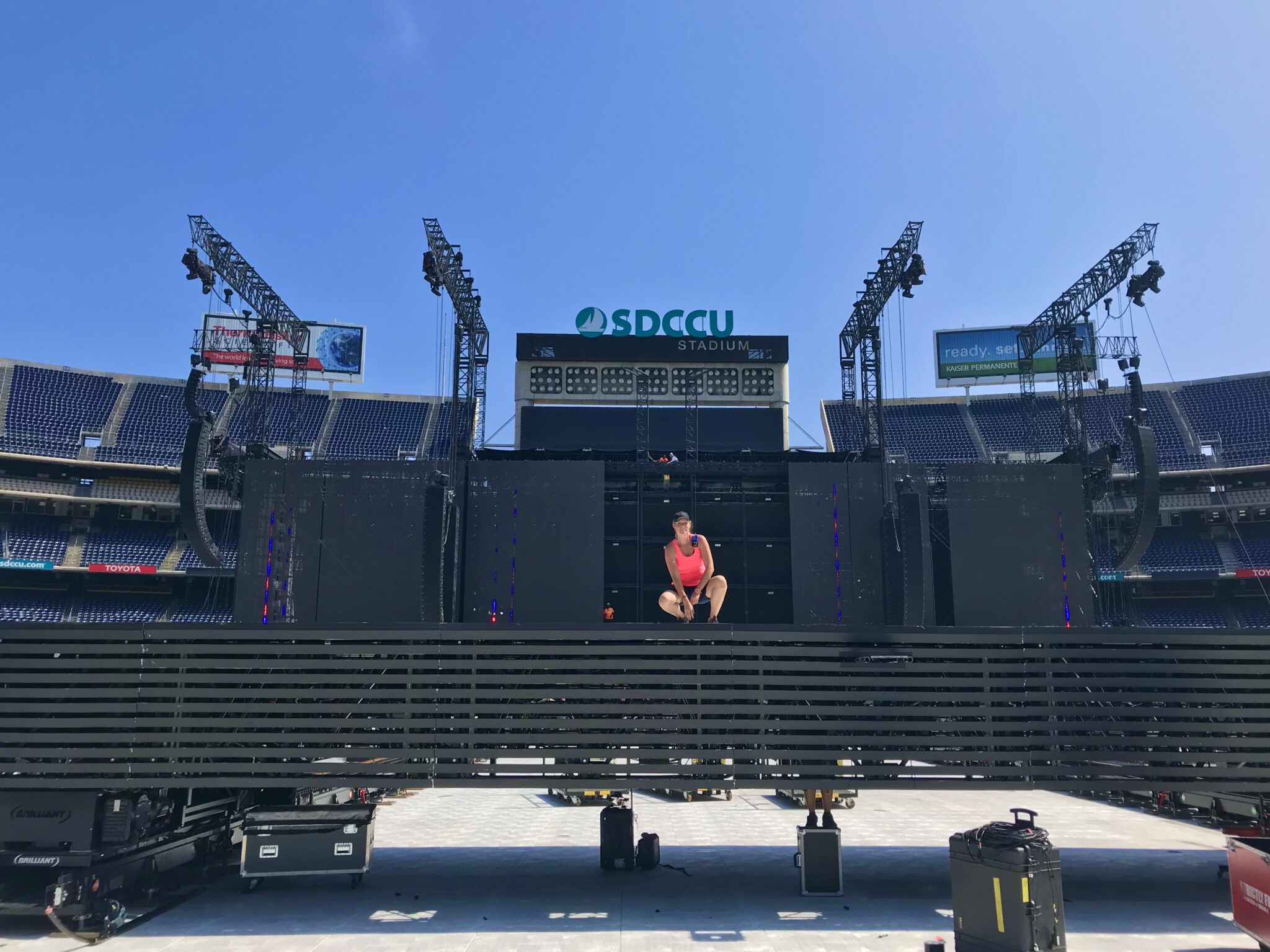 Continuing to pursue every opportunity and experience, Mimi worked on the Spice Girls 2019 Spice World Tour with Brilliant Stages and has since gone on to work with SGPS in Las Vegas as an Operator and Programmer. Mimi continued to take on training opportunities with the TAIT group to equip her with extensive Navigator and I/O training.

Currently working with SGPS/Showrig Inc. in the US, Mimi continues to be a trailblazer for women in the industry.

Find out more at www.womeninlivemusic.eu

Sarah Cox started her professional career as a Stage Manager for the Comedy Store in London. But after falling in love with the emerging digital video industry in the mid 90’s, Sarah has found herself immersed in the world of cutting-edge video technology.

Forging an incredible career that has seen her take on impressive and varied roles with industry-leading technology companies such as White Light Ltd, Notch & disguise, Sarah has worked to bridge the gap between commercial and technical needs for companies looking to adopt new workflows within live experience, broadcast and immersive installation.

With over a decade of experience in real-time media server hardware and software, Sarah has helped pave the way for new ways of learning, teaching, presenting and broadcasting in utilising XR and Virtual Production technologies.

Having just announced the launch of Neutral Human, Sarah continues to be one of the leading women in driving technological advancement and the creation of innovative experiences.

Born out of the growing requests for experience in establishing reach for new, growing, and pivoting companies in Live Experience, VP, and XR. Partnering with creative studios, manufacturers & service providers, Neutral Human aims to bridge the gap between a constantly changing world of technology and the translation needed for business.

Find out more at www.neutralhuman.co.uk

Tina Farris started her career in the world of touring after following her love of music and live events. Formerly a French school teacher, Tina befriended the legends that are The Roots after attending a gig at her alma mater.

Learning the ropes from Alan Leeds, Tour Manager for James Brown in Parliament-Funkadelic and Prince, Tina was thrown into managing merchandise and being the assistant to none other than The Roots, Questlove. 8 years later and following the departure of their previous manager, Tina was asked to become the Tour Manager for The Roots themselves. 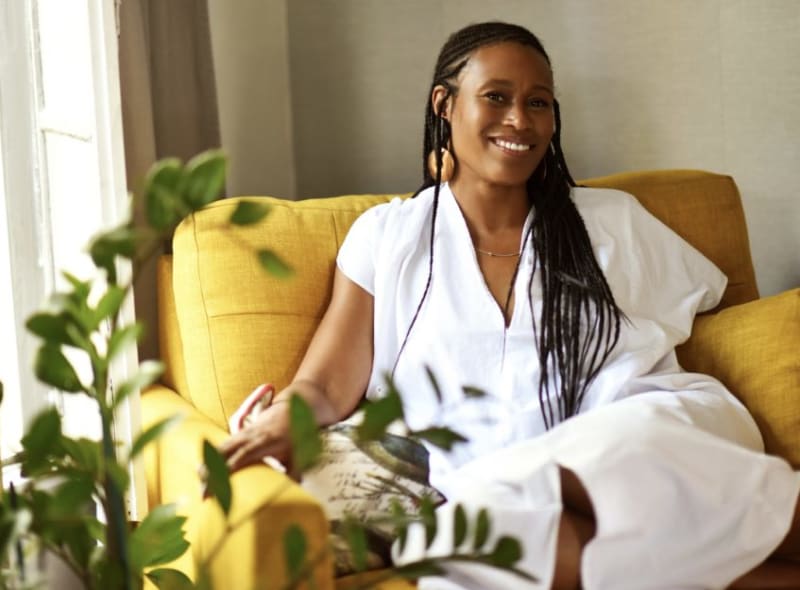 Tina Farris © A Book of Us

Fast forward two decades, Tina has had an incredible career that has seen her as the Tour Manager for the likes of Anderson Paak, Drake, Chris Rock, Nicki Minaj, Queen Latifah, Lil Wayne, Macy Gray & Black Eyed Peas – and the list does go on. Two major career highlights include overseeing Lil Wayne’s America’s Most Wanted Tour and supporting the Black Eyed Peas to 15 countries, 76 cities and 99 sold-out performances to gross more than $86 million.

Find out how you can support International Women's Day through the link below.