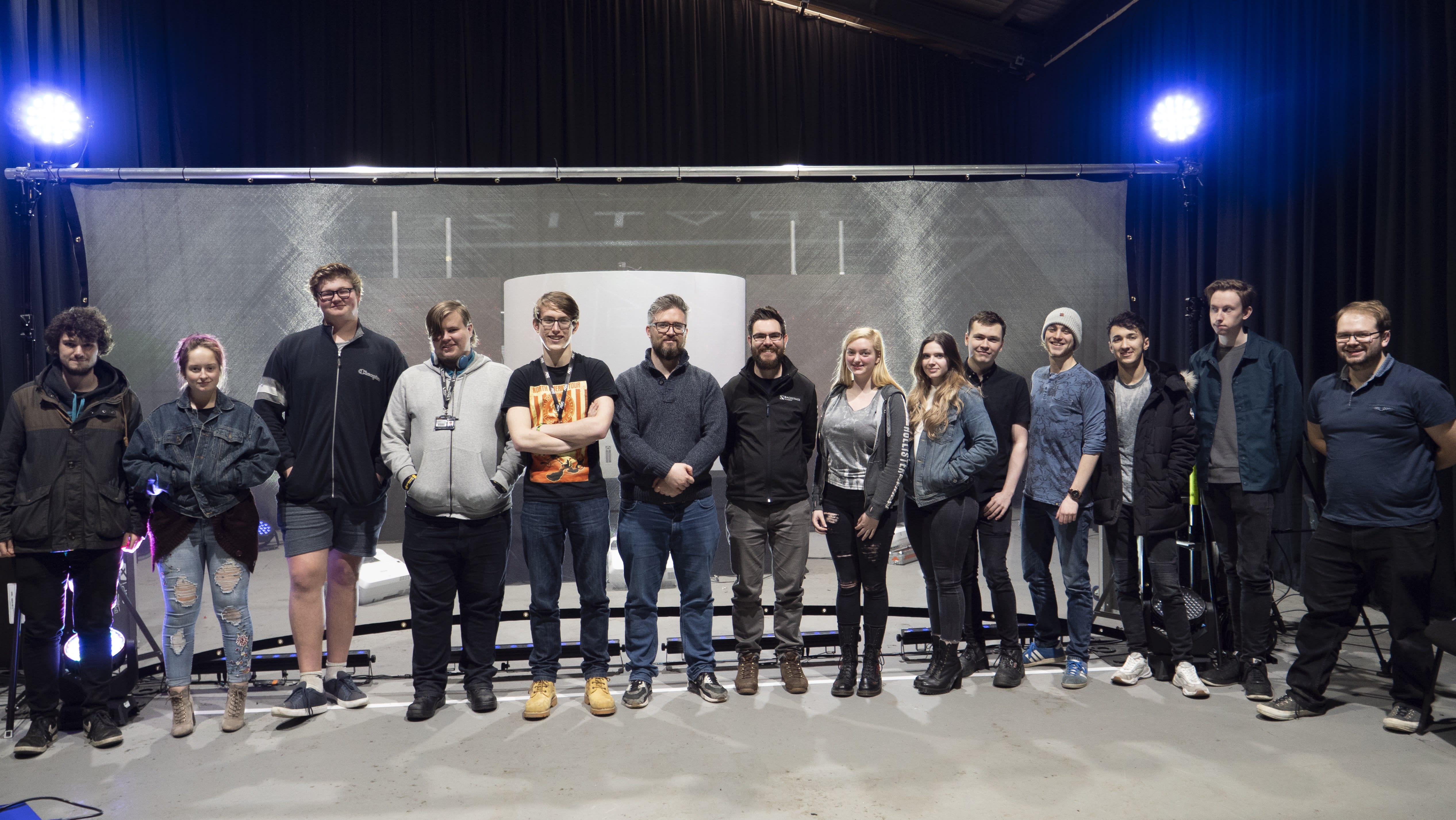 Green Hippo has been visiting Backstage Academy and providing Hippotizer training for a number of years now, during which time it’s seen the education facility grow from strength to strength.

Green Hippo has been visiting Backstage Academy and providing Hippotizer training for a number of years now, during which time it’s seen the education facility grow from strength to strength.

Therefore when the Academy decided to hold a dedicated Green Hippo Week recently, in which 10 first year students and six second year students participated, the manufacturer provided maximum support by sending Senior Product Specialist, Lanz Short, along for the duration.

Under the tutelage of him, and Backstage Academy’s course leader in Live Visual Design & Production, Graham Thorne, the students were tasked with producing a project—a show, performance or event— resourced with all the ingredients that they might have expected in a Masterchef kitchen. These ranged from Notch, Maya and Isadora software platforms, while in the hardware domain Hippotizers, Avo lighting controllers, MIDI controllers, Blackmagic 3-camera set-up (for recording and live streaming) even Kinect sensors were all on offer to enhance the experience.

Explaining the programme, Graham Thorne said the experience was largely classroom based and project focused. “We put the students in Studio C, gave them an overview, along with three options and then just said ‘go’. We wanted to be able to see their process and encouraged them to make mistakes; for instance some were plugging in lights before creating a mood board.

“At the same time I wanted to invite a rep from Green Hippo for two days but in the end we were privileged to have Lanz for the entire week.”

And the Green Hippo man was certainly impressed, particularly with how adventurous some of the creations were. “It is clear that Backstage Academy is producing pro technicians that will hit the ground running by the time they graduate,” he exclaimed at the end of the experience.

“Green Hippo’s Media servers are extremely popular in the events sector, with their powerful real-time workflow, and it is to the benefit of both the graduates and Green Hippo that Backstage Academy has the ability to produce the most knowledgeable Hippotizer operators. I enjoyed watching and following their progress—it’s always interesting to see people’s first experience with Hippotizer.”

Based on the questions he was asked on the opening day, Lanz planned a mini lecture and product demo for the following morning relating to content creation and projector positions based on the audience eye position. “Once the project was up to speed and everyone started working through their role I would be in the room observing, offering advice and giving mini tutorials on any task required,” he said.

“The Hippo Week team was full of ideas and highly ambitious at the planning stage. The knowledge they had gained in their first few months at Backstage Academy had given them that drive to aim high, my only challenge was to get across that not every show has to be as technically complex as possible … but it did make them use a lot of Hippotizer’s features so that made me smile.”

The students decided to test the DMX component in Hippotizer with their Avolites Quartz lighting desk. “They had it up and running without my aid and in the end they decided to control the show with a combination of parameters from the lighting desk, and parts of the show being operated by Hippotizer’s built in real-time timeline,” Lanz continued.

Summarising the week, Graham Thorne said, “This was not a competition—they were all winners. Instead, we gave the students some useful feedback at the end.”

And Lanz Short echoed the sentiments. “Hippo Week now feels essential to get the students to fully understand the ‘why’ rather than the ‘how’. The ‘how’ is easy, the ‘why’ needs more thought and Hippo Week gives them the time to think.

When I reflected afterwards, I saw real potential in the team so I decided to write an email to everyone telling them it wasn’t just a case of popping in, but that this was only the start of a dialogue that I hope runs for years to come. Hippo Week really is a win win for Backstage Academy and Green Hippo.”

Miles Marsden, Industry Partnerships Director for Backstage added, “This is our first dedicated Manufacturer Week of 2019 and it has set the standard for a vigorous programme to follow with our other industry partners.”

Commented Kira O’Brien, a 1st year student on the Live Visual Design & Production course. Said, “I really enjoyed my experience during Hippo Week. It gave me the chance to increase my knowledge of the technical side of a production. I learnt how to do a projection study and projection map three very different surfaces, including a half cylinder and model castle. I had very little knowledge of all areas of the industry before joining the LVDP course and I really appreciate opportunities like Green Hippo week as it gives me experience working first hand with the media servers, putting on a small scale production.”