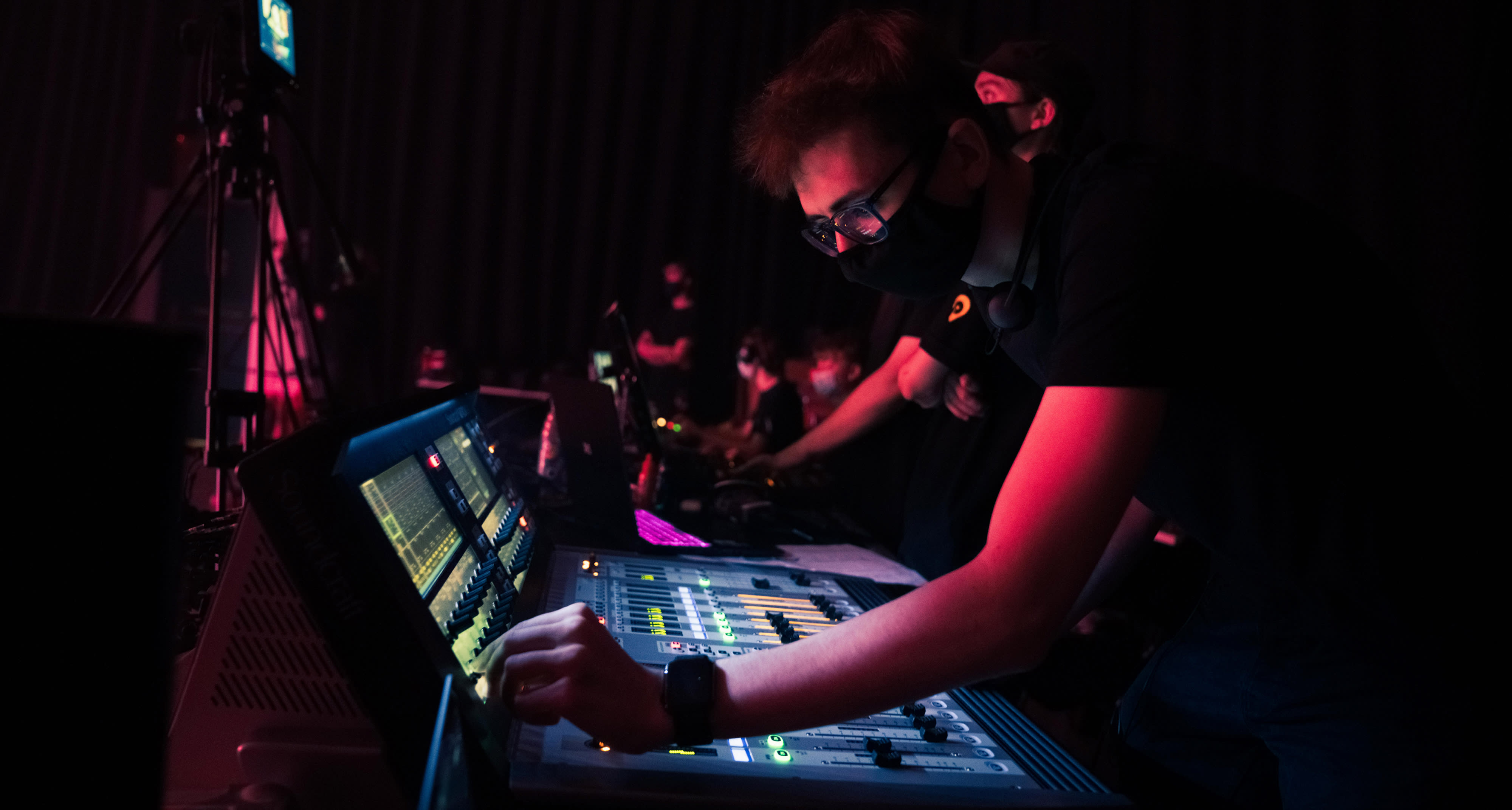 As our students have adapted to the previous 18 months in the live events industry, their ability and skills to bring live music and entertainment to audiences into the online world have, undoubtedly, flourished. Our second special showcase brings us to a live stream event; OFF-BALANCE.

For this group of students, made up of third-year BA (Hons) Live Events Production & BA (Hons) Stage & Production Management students, their Final Major Project was all about celebrating the foundations of live events entertainment.

Despite not being able to host a typical live event, with an excited crowd of enthusiastic music lovers and the atmosphere of bodies moving to the beat in time, this did not stop this lot. Instead, the students rose to the challenge of creating a visually stunning live-streamed showcase of some of the best in young, musical talent.

OFF-BALANCE presented a cross-genre evening, from fluid funk to drum and bass, using the very best in industry-leading technology and equipment to live stream to online audiences from the Soundbox studio at Backstage.

We joined the group of students, artists and artists support in the midst of technical rehearsals, in the build-up to the live-streamed event that evening. 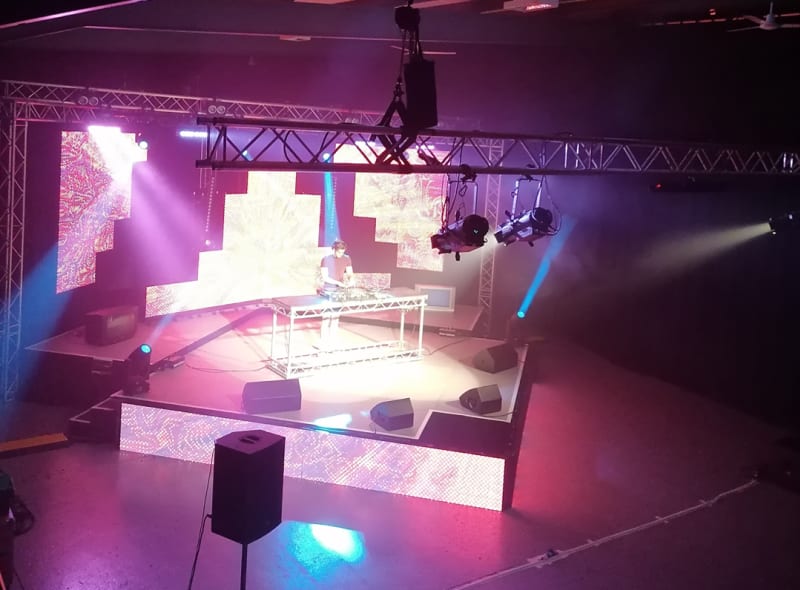 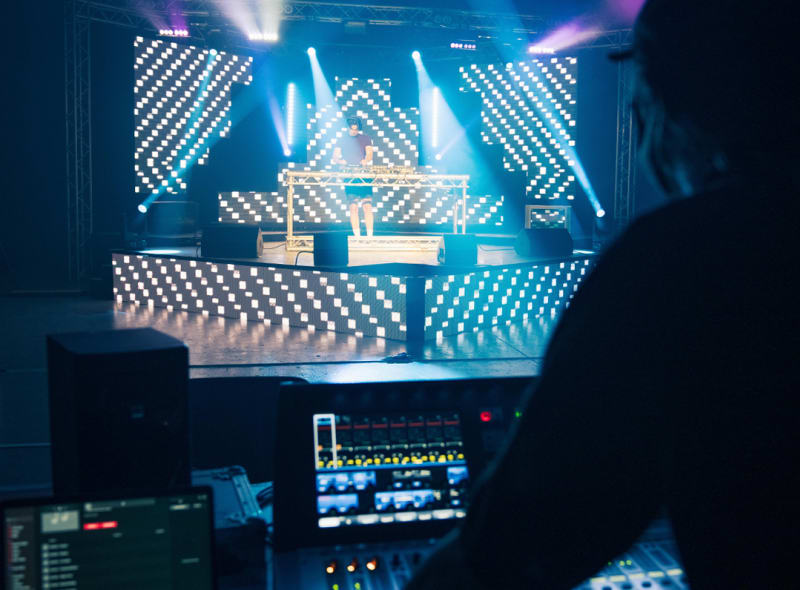 Upon entering the studio, we were struck by an impressive fragmented configuration of ROE video wall that encompassed the stage. With three separate sections of the LED screen making up the backdrop, alongside the front of stage trim displaying original content of psychedelic, moving graphics to create a hypnotic spectacle of colour and shape. The staging was an impressive build that would not have been possible without the use of innovative trussing from SIXTY82. A wide range of performance lighting from A.C Entertainment Technologies completed a compact but impactful visual.

To ensure the live-streamed sound was of exceptional quality, the students utilised a comprehensive range of our Sennheiser and Shure microphones, expertly controlled via a Soundcraft Vi1000 mixing desk. A serious FOH sound system and monitors from our valued industry partners KV2audio was deployed; why you may ask if it’s a live stream? It really adds to the ambience of the sound but also - because we can! 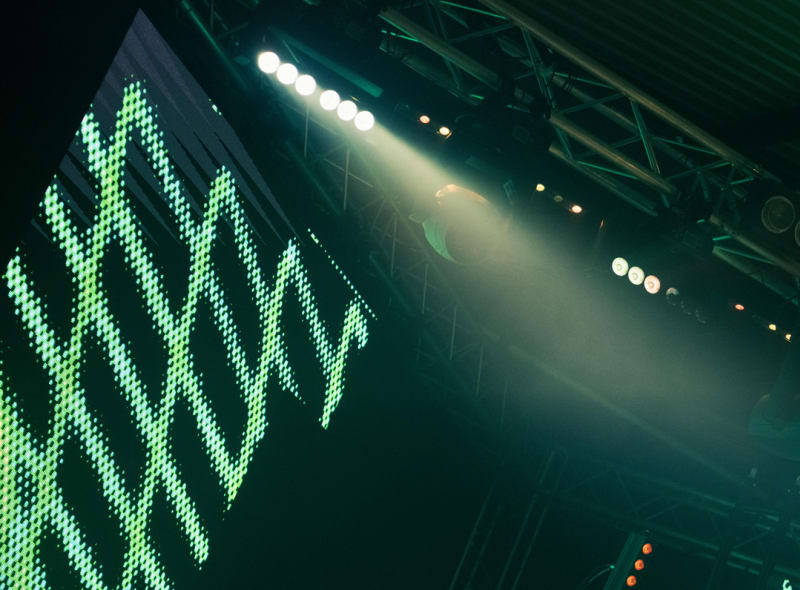 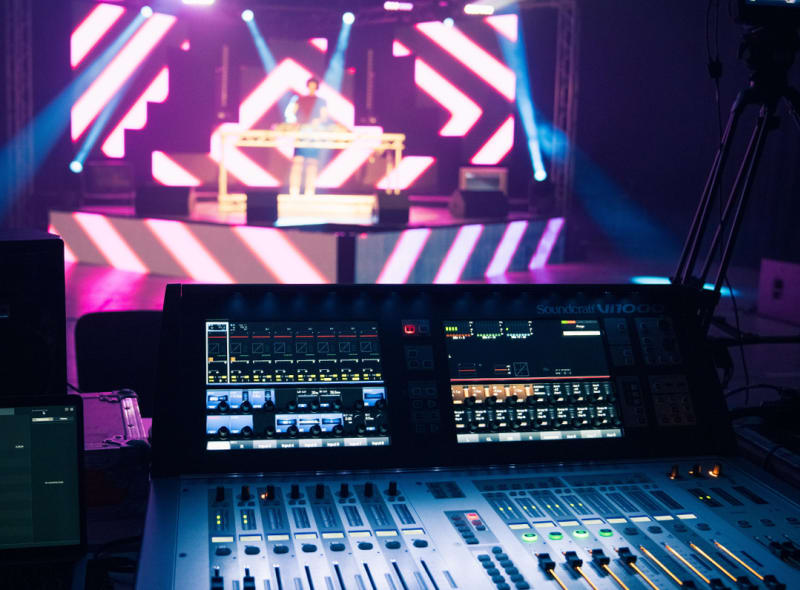 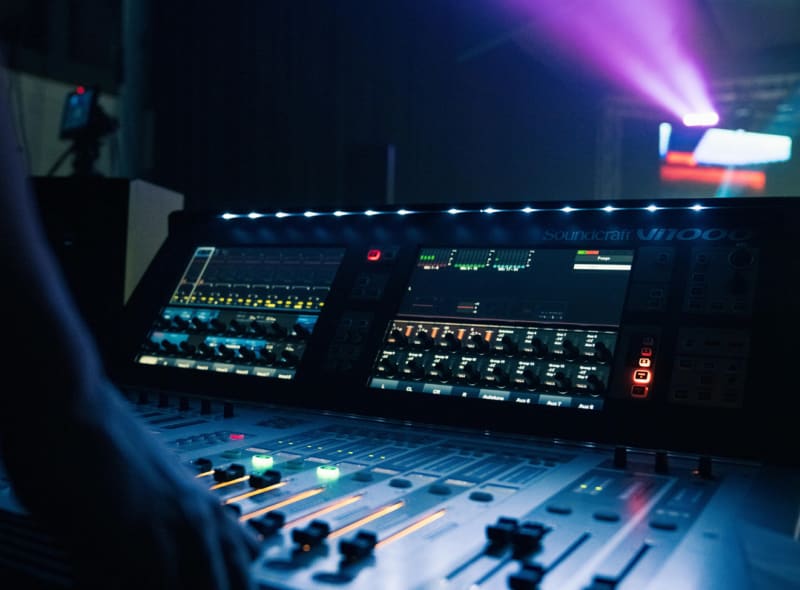 A live-streamed event calls for some seriously cool tech in order to shoot and produce live content in real-time, the ability to live stream the event from multiple angles and shots was achieved using Blackmagic studio cameras and a Blackmagic ATEM Studio 4K vision mixer. Isadora software was used as an interface to control the content being streamed and trigger graphics. Talk about a complex technological setup! 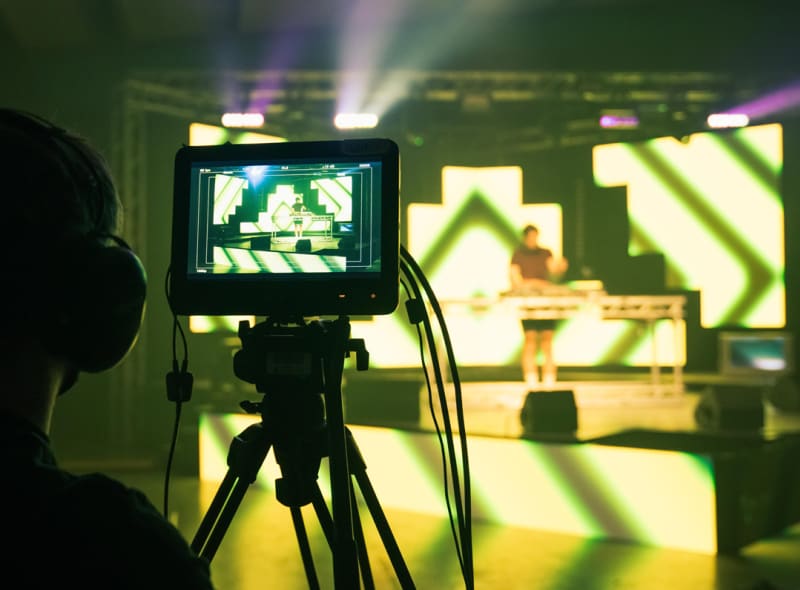 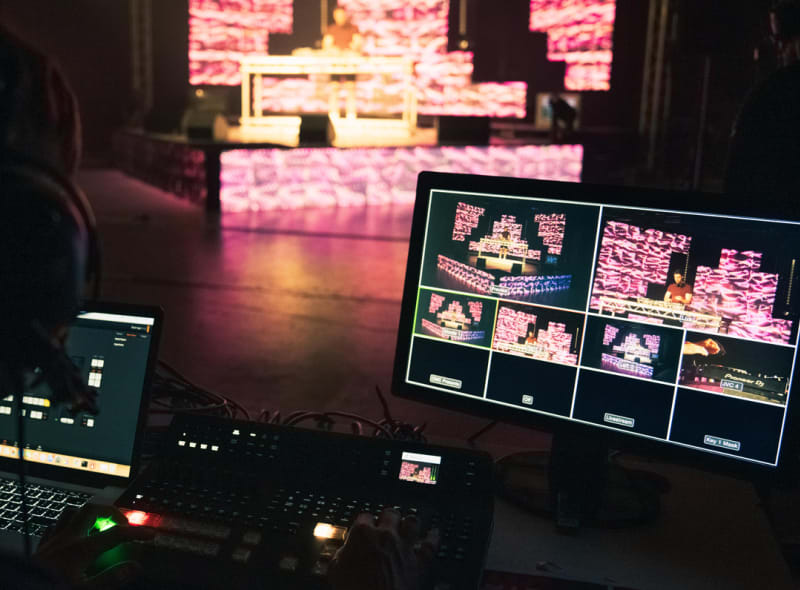 Our industry partners are without a doubt an undeniably world-class group of businesses, companies and people. Without their support, these stand-out events would simply not be possible without the sponsorship of equipment and products. Not only are our students lucky enough to get their hands on them to learn the tricks of the trade, but are able to put them to the test in their degree coursework and assessments.

We left the team to make the final checks and calls before going live, with a real feeling of excitement in the air from everyone in the studio!

As the events industry starts to come back to life, there’s no question for us that the future years of the sector is in the safe, ambitious and ever-passionate, hands of our students as the next generation of live event and creative professionals.

OFF-BALANCE was a project by;

Get behind the scenes of OFF-BALANCE and watch the feature film!