From joining Backstage Academy with a background and skill set in photography and more traditional artistic practices of mark-making and expressionist painting, Kira O’Brien is undoubtedly a rising star in the live events and creative industries.

In the final year of her BA (Hons) Live Visual Design & Production degree, Kira O’Brien is at the last hurdle of her creative education at Backstage. Late afternoon one Tuesday, we strolled over to the studio to find Kira and a few fellow students discussing all things ‘set up’. The studio was in darkness apart from a large projection screen, control desk, dual monitors and media server humming to attention - ready to work Kira’s magic.

‘Are you ready to have a chat?’, we asked Kira, and promptly sat down together parallel to her projected work. With her Final Major Project in its final major stages of production, we took things back to the beginning. To where a chance encounter found Kira discover Backstage to now; in the final few months of her degree and ready and raring to get out into the industry.

Kira O’Brien: So, I was a late starter to university. I was actually going to take a completely different path. I had previously trained in complementary therapies, although when it came down to it, I didn’t want to become someone’s therapist. I care about people and have always wanted to help others - but ultimately - this wasn’t right for me.

I’ve always been a photographer, and have always loved photography as an art form. I was literally just having a conversation with someone at the gym - who turned out to be a lecturer at Backstage and suggested this course to me. So, I ended up coming for a chat with Graham, my now course leader, and that was it - I was on board!

BA: Wow, so really by chance?

BA: So, what’s it been like studying at Backstage?

KO: For me, and I think because I had taken more time making that decision on where and what I wanted to study, I knew I wanted a job and a career out of the course - and I was ready for that - I’ve been really dedicated to jumping at any opportunity that came my way. So throughout the course, I’ve had a number of jobs working in the industry. The course has definitely challenged me but I’ve found so much drive to make sure I’m grabbing all the opportunities and experiences that I can. You’ve definitely got to be dedicated - you’ve got to get up and go for it.

BA: Absolutely agree. Especially for creative degrees, you’ve got to just get involved with every opportunity that comes your way - experiment and explore to your heart’s content, because that’s what it’s all about.

Okay, tell me about your creative practice and your final project that we’re looking at here. 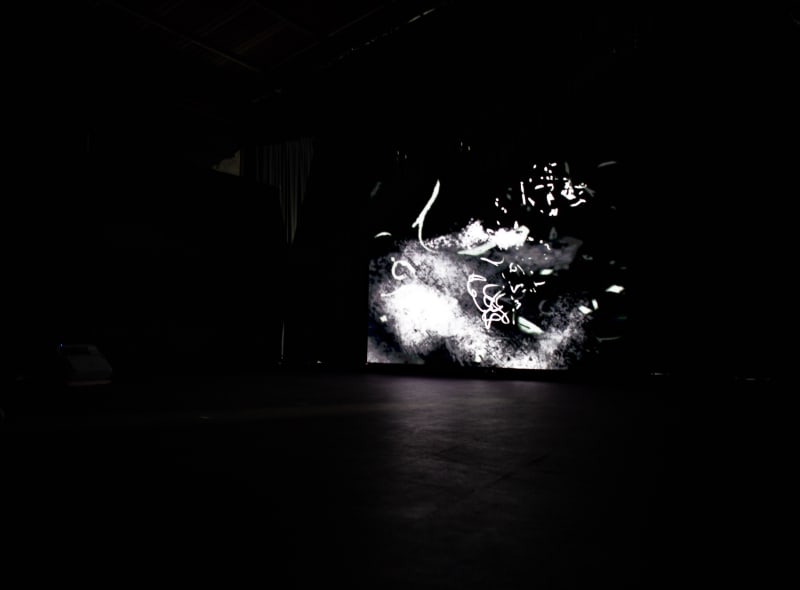 KO: So, this is my Final Major Project and I chose to run this as a solo project. I’ve found that, especially in live visuals for events, you can sometimes get pigeon-holed into being a technical, or a programmer, a content designer or a production manager - for example. But, I enjoy every part. This is kind of proving to myself [and other people] that I can do it. From creating the content from scratch in designing the visuals, to technical set up and build - I’ve challenged myself to create and manage each part.

I’d probably define this piece as performance art. It has a lot of different elements, including a dancer who interacts with the piece. It has projection, video, interactivity and XR and Al overlays. But I’m really trying not to describe it by the tech. It’s more than that, it’s an art piece of me. It’s a bit of me in every individual scene.

In each scene, I’ve been inspired by what I love. Whether this is art and mark-making, taking influence from Rothko & Jackson Pollock, nature and walking my dogs, to manipulating and distorting photography and even - Snow White. 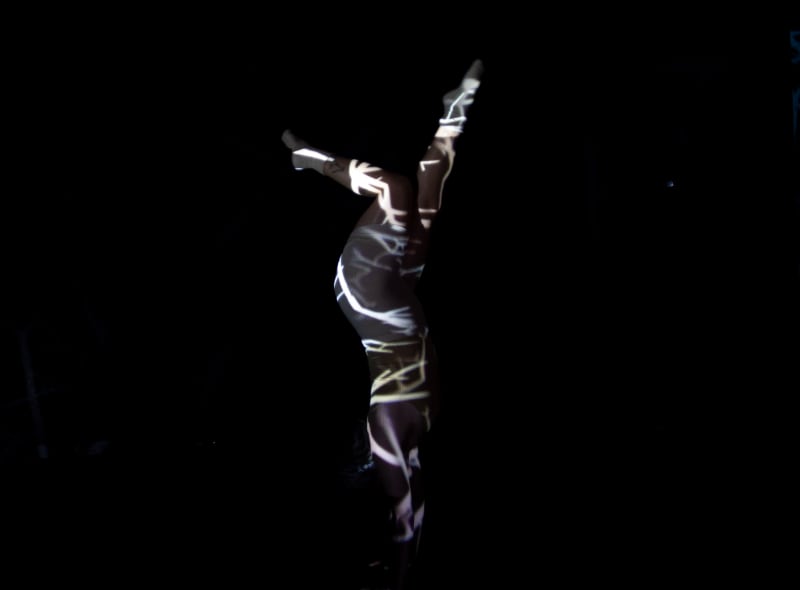 The first scene is inspired by a task from A Level Art where we were encouraged to draw with our eyes closed to music. To make marks that were driven purely by our feelings and emotions. And that’s just what I love. I wanted to create something that makes you feel. Not necessarily prescribed by what I want the audience to feel, but by however that individual may be feeling at that time - to have an emotional reaction.

I really love the effect of silhouettes, and the stripped-back, simplicity of the effect of a shadow with no distraction of features, colours or textures. In each scene, the lighting and the visuals interact with the dancer. At some points, if the dancer hits a trigger area within the performance space, the visual will react with a pop of colour. I’ve purposefully not keyframed this so that the performance is unique to that moment. I didn’t want to control that. I didn’t want the final piece to be perfectly timed to the music or movement, I wanted to achieve an uncontrolled, organic feel. If the choreography changed, ever so slightly, the video would mimic the change.

[Side note: a keyframe or keyframing is used in animation and filmmaking that defines the starting and ending points for transitions. A sequence of keyframes defines what the viewer will see.]

BA: I see, so this is where the performance aspect comes in and the interactive element between your visuals, lighting and the human body. 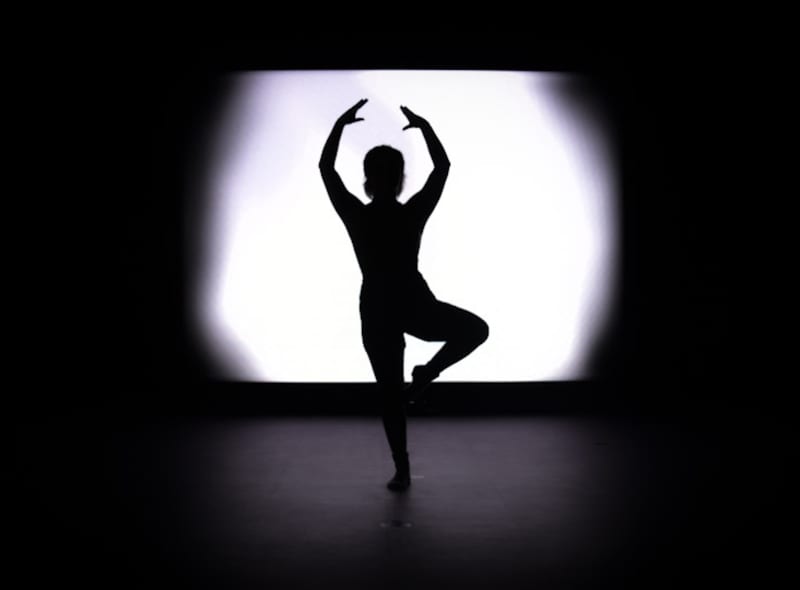 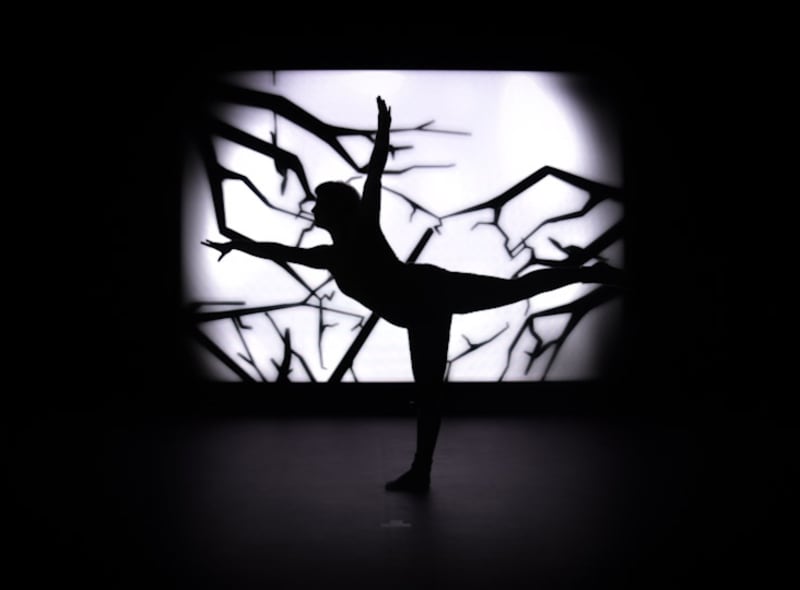 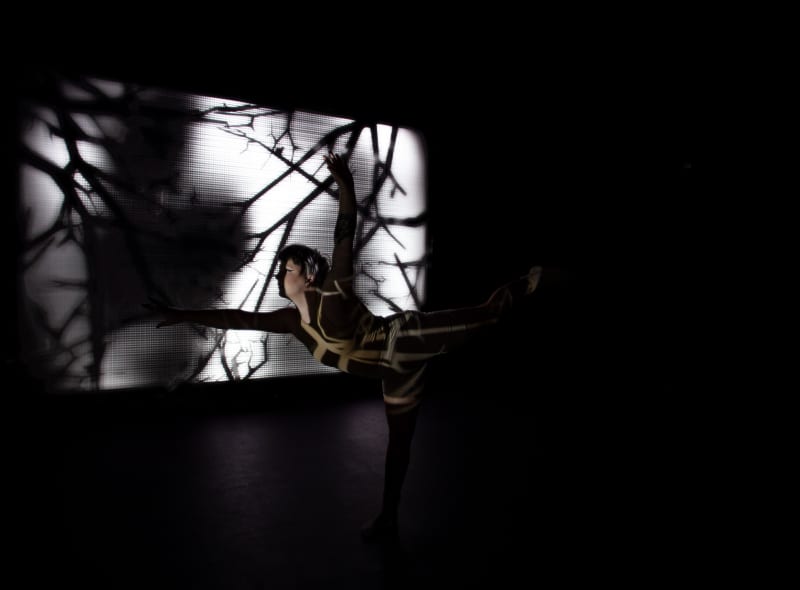 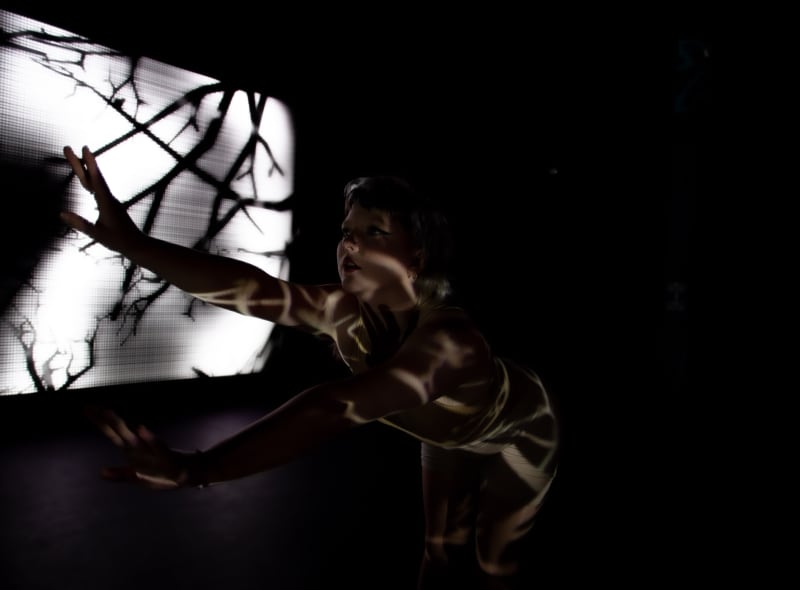 BA: Second biggie question, what was your aim with this project?

KO: I wanted no restrictions or compromises [or as little as possible!]. Being on a practical course has meant that I’ve learned so many skills and different creative processes, but often we are working on client briefs or in group projects where there are - of course - some limitations. This project was essentially just me doing something that's mine.

My Final Major Project has changed so much. I had an idea of what I wanted to do in first year but, obviously, as I’ve learnt more and experienced more - this idea has changed over and over. I got to this point where I kind of wasn’t sure why I was creating what I was creating. It was on-trend and looked pretty but it didn’t feel like me - it just didn’t feel right. I ended up hating what I was doing and just scrapped everything.

Starting again with the project, I went back to basics with it. I went back to what inspires me, returning to artists such as Frances Woodman and Es Devlin. I really paired it back and did everything I love about creativity again - drawing, painting, photography and mark-making. And the result has been that I’ve loved every single part of the project process, and I’m so proud of what I’ve created. 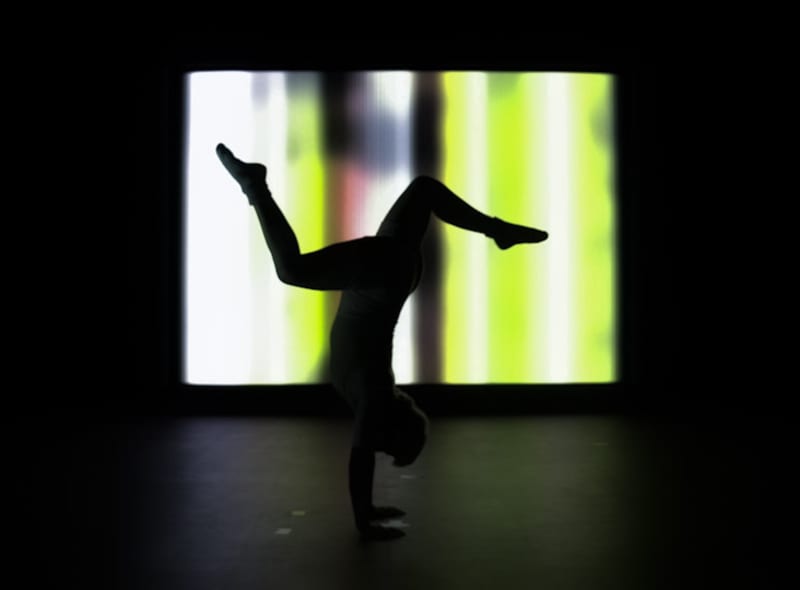 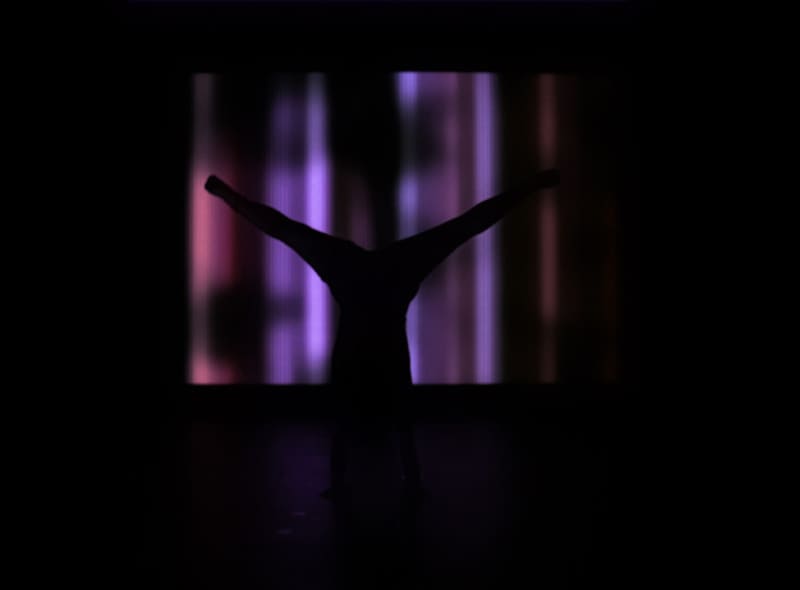 BA: So, you’ve been at Backstage for 2 and a half years now, what industry opportunities have you been involved in?

KO: Oh, there’s been loads. It’s definitely been the industry work that has been the highlight for me. The people that I’ve worked with in the industry have just been amazing. Working on Back to the Future; The Musical with a company called FRAY Studio was brilliant.

They’re, honestly, some of the nicest people I've ever met. The environment that they create work in is just brilliant. One of the animators in the production asked me to help at an XR event, which involved live streaming a Venezuelan music artist. This is where I met the team from Bluman Associates - who have kindly lent me the media server for this project. From that, I’ve worked on the Xbox One Plus release. So it’s just been a case of getting jobs, from jobs really!

BA: I don’t especially like asking these ‘game plan’ questions, but as you will be graduating this year - what do you think your next steps are?

KO: Oh, I’m freelance and I will be for as long as I can be! I just love so many parts of the industry and would want to interact between different areas. I love creating content and animation, but then I really enjoy programming and using media servers and the technical side. But at this point, what job I want - I’ve got no idea! I’d love, in the end, to be an artist in the industry - so maybe that’s it!

With a conversation that could have lasted the whole afternoon, we had to let Kira get back on with her work. But not before we spent a final few minutes chatting compositions and audio tracks that are some of Kira’s favourites.

We don’t think there’s a better way to end a fantastic conversation with someone who is already making serious waves in the creative industry than watching Ludovico Einaudi’s ‘Elegy for the Artic’. Put that on your watch list after you’ve checked out ‘Impression’ by Kira O’Brien.