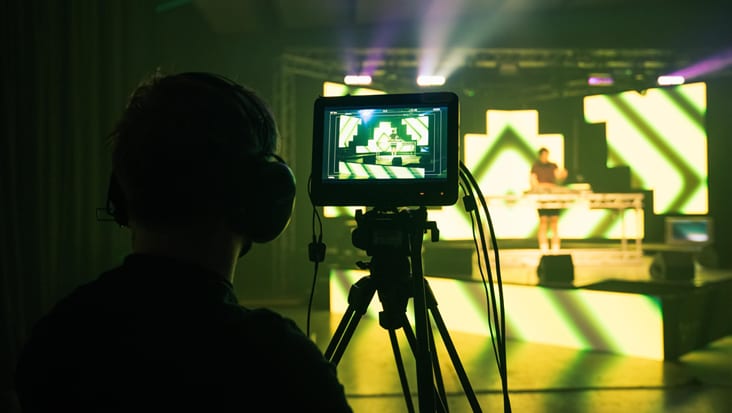 With the backdrop of XPLOR’s brand new 340 sqm XR Stage in the Centre for Virtual Production, there couldn’t be a more fitting place to sit down with first-year BA (Hons) Live Events Production student, Josh Pearson, whose love for all things creative has made for a fantastic career in the film & tv world.

In only his first year of studying, Josh has undoubtedly thrown himself into the world of live events and entertainment production – both on campus at Production Park and within the industry itself. Having already worked with one of the biggest production companies, just the small fry BBC, Josh’s passion for film and tv is absolutely infectious. So, we wanted to pick at that screen-based thread to get to know more about some of his experiences, so far.

Backstage Academy: Having chatted a couple of times before, we’ve failed to ask - where did you study before coming to Backstage?

Josh Pearson: I studied Technical Theatre at Stratford Upon Avon College. We covered the basics of lighting, sound, and a little bit of staging – doing some pretty big shows for dance, acting and musical theatre and gaining some really cool experiences across the breadth of events.

I have always made music, and I love movie soundtracks – they’re brilliant. So, I wanted to incorporate my love for music and lighting together. For my final project, I created lighting designs to a series of 5 different soundtracks. These soundtracks included some of my absolute favourites; Billie Eilish’s No Time to Die from the new Bond movie, Transformers and Pirates of the Caribbean – with a lot of Hans Zimmer, obviously!

BA: Your love for film is something that we’ve spoken a little about already. Where do you think that love came from? Was there a point in time or influential moment you can pinpoint, or have you always grown up having this passion for it? [such a big question!]

JP: I honestly don’t really know … there’s never been a time where I haven’t loved watching films! But more so than just watching, I find myself asking ‘how is that done?’ or ‘how do they do that?’. I guess I’ve always been so intrigued and eager to understand the makings of things on screen.

When I was in secondary school, I started writing my own action and thriller novels. Even then, I always had the question of ‘what would this be like if I were to direct this for a movie’, underpinning the storyline. I’ve always got in my imagination, ‘what would that look like as a film’.

BA: It sounds like your creativity and imagination were naturally sparked by the big screen. Maybe you’ve always been destined to venture into the industry? Now, onto our second history lesson question, how did you come to study at Backstage? What was your journey from Stratford to Yorkshire?

JP: Whilst studying in my first year at college where I focused on music production, one of my tutors told me about this place called Backstage up north somewhere – and literally left it at that. So, I was like, okay cool, so I’m going up north somewhere then?

Then, fast forward to second year when I was starting to have to think about what I was going to do next. I hadn’t a clue about where I wanted to study and what I wanted to do. At the time, I was going through a bit of a hard time and was considering moving to the US to study at a Christian church academy. My Christian faith had always drawn me to the churches and communities of America, where it’s music, theatre, lighting and your faith – all together.

Long story short, this just wasn’t a possibility for me with the financial implications of moving there for 3 years. Sitting down with a tutor one day and the Backstage Academy name popped up again! Johnny, my now course leader, did a zoom presentation with us about the courses and campus on Production Park and I was like okay, this isn’t America, but it still looks pretty cool!

It was the studio spaces that got me hooked. Instantly, I knew it was a seriously professional place and somewhere where I felt like I could grow, mature and become a great technician whether that was in theatre, tv or film. 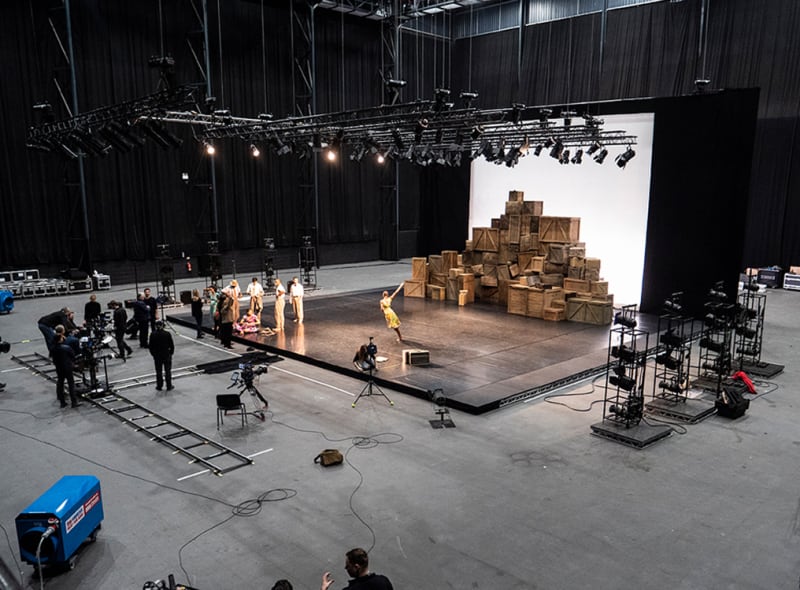 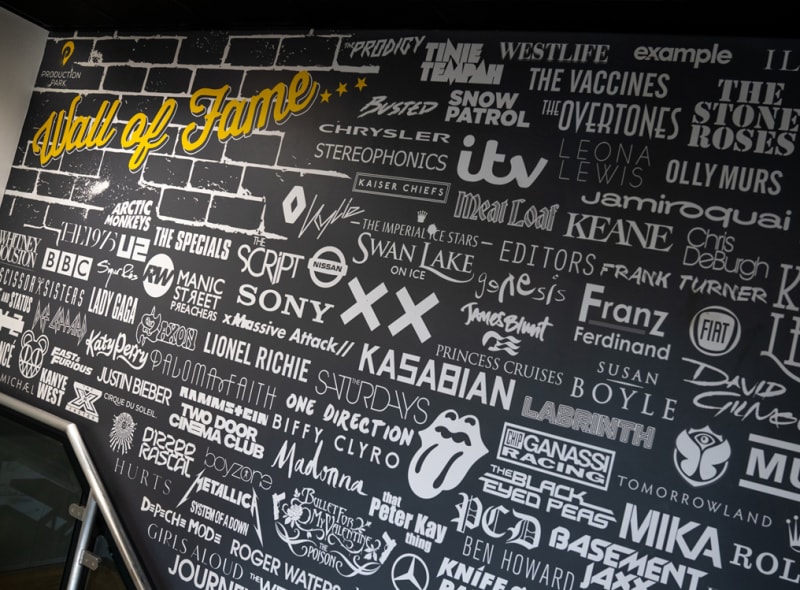 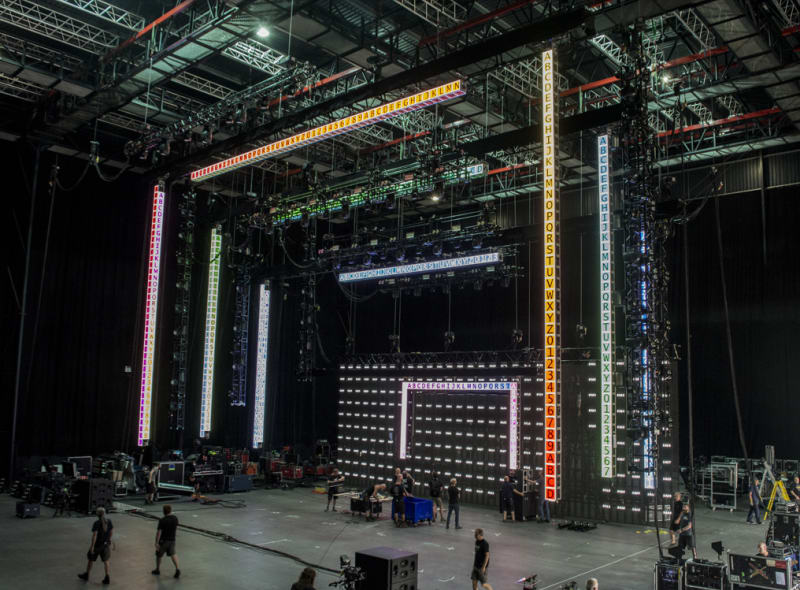 BA: Do you know what, more often than not, all it takes is a single suggestion from a friend, tutor or – heck, in our experience, even a stranger – that can really influence your educational and creative path!

JP: The crazy thing is I almost didn’t even study a creative course. Music wasn’t even really on my radar. I was down to study History. I played the cello at school, and it was a tutor’s suggestion to pick up music as a study option.

It’s strange to imagine now not ever taking music. Looking back, I used to write my own music, creating my own soundtracks to the action novels I would write. It just shows how much everything interlinks, influences the other and unlocks different creative avenues that you might not have explored yet!

BA: So, tell us, we’re dying to know [pardon the pun – you’ll understand soon], how did you get the opportunity to work for the BBC?

JP: The props store is actually in the same warehouse as where my dad works. One typical day, he’s driving around on his forklift, ends up chatting to a BBC production team and simply asks, ‘So, where does my son need to go to get a job with the BBC?’. With a ridiculous answer from the team of, ‘when can he start?’.

I got a message from my dad later that day just saying, ‘do you want to work one day for the BBC?’. You can imagine my response was a mix of shocked and confused questions including ‘what?’, ‘are you serious?’ and ‘you’re not taking the mick are you?’. So, I contacted them straight away and they booked me in for a week, not just a day, of work to see how I got on! It’s a bit crazy really.

The first set I worked on was the BYUtv & BBC production of Oscar Wilde’s classic, The Canterville Ghost, which was shot predominantly on location at the beautiful Eastnor Castle. It was just an awesome experience. From transforming the incredible castle interiors back in time to grand Christmas feasts and elaborate weddings to exploring the underground tunnels of the castle to prepare the spaces for the historical flashbacks. I can also say that I’ve had to dig a grave for one of the scenes … yep, not something you’d do in a typical job.

Seeing all the camera equipment set up and being able to experience the behind-the-scenes action was just so cool. Everything just fascinated me, and I completely fell in love with it. 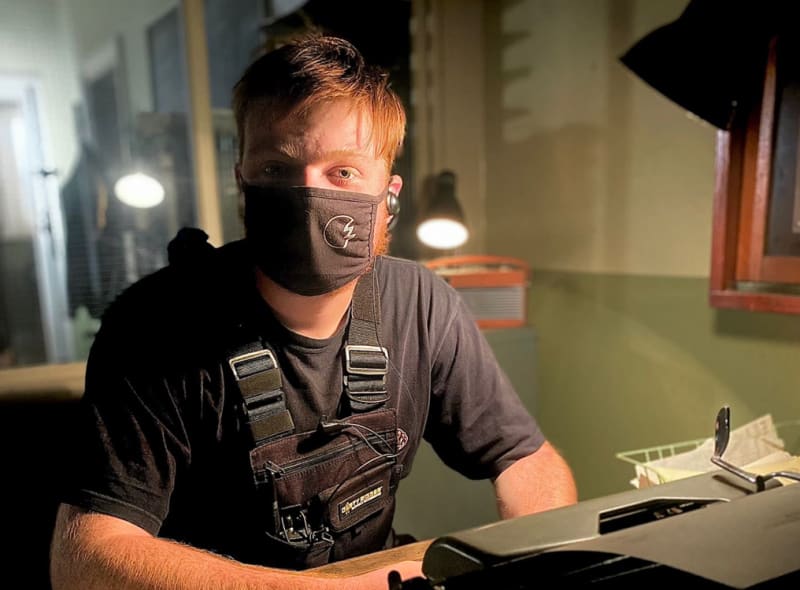 BA: What an amazing first experience of the film & tv world?! They say, once your foot is in the door, it opens even more opportunities. Did this lead to any other work experience?

JP: After this job, I got a call to work on the Sister Boniface series which was a big, big deal for me! Commissioned by BritBox North America, Sister Boniface is the spin-off to Father Brown and sees a nun solve murder mysteries in a period crime come comedy series!

For the first few weeks, I was in props. Dressing locations and studios, creating murder scenes, moving sheds, working with skeletons – which were incredibly lifelike - you name it! I love working in props but my heart wants to be where the action is, with the camera and filming crew. So, after pushing myself to learn more and being as proactive as I possibly could, I got a call back again to work the rest of the shoot in stand by props – right there for each scene and shot.

BA: Well, talk about a callback! How did you feel going into this experience?

JP: I know it sounds a bit daft, but I felt quite small like I shouldn’t really be there in a way. I was really nervous, but just had to push that aside and remember that this is what I love and where I want to be!

There was a heck of a lot more trucks, people, actors, and just so much going on. The attention to detail on every scene was really cool, and I got to learn a huge amount about filming techniques and skills to create specific shots. Things that you just don’t think about from an audience perspective. I got to see and experience so much, obviously with a lot of hard work, manual labour and long days as well!

The absolute highlight was going to the wrap party, which was amazing! I was able to chat to the actors and crew, learning about their careers and journey to where they are now. Everyone on the production team were brilliant and incredibly supportive who I learnt so much from. Hopefully, I’ll be asked back for season 2!

When you hear ‘that’s a wrap’ for the first time too … that’s pretty cool. 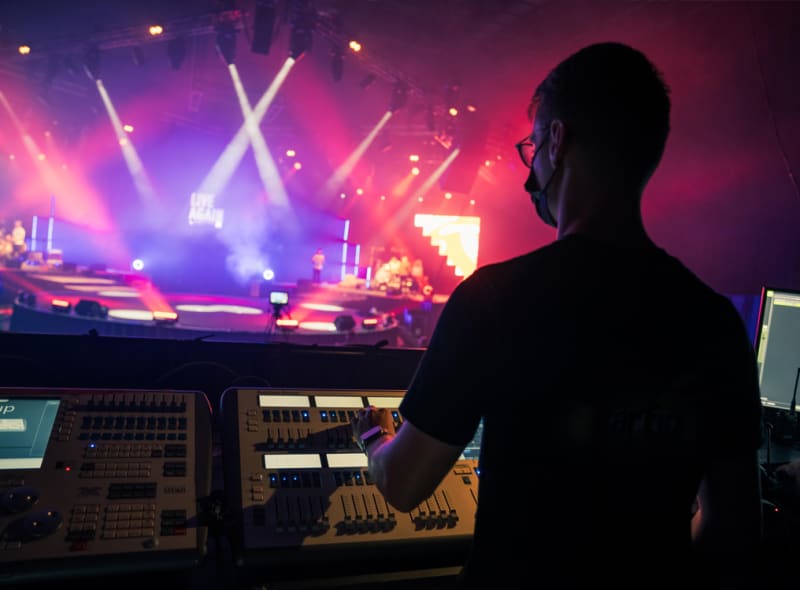 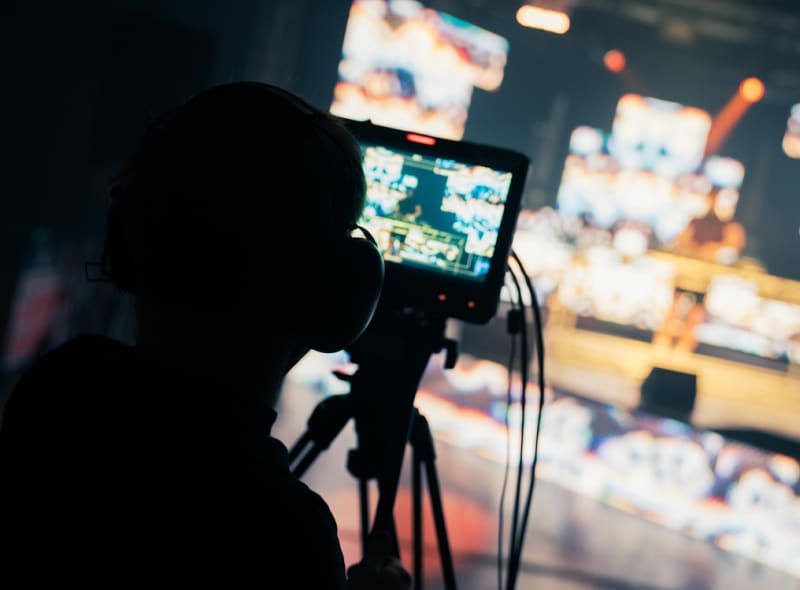 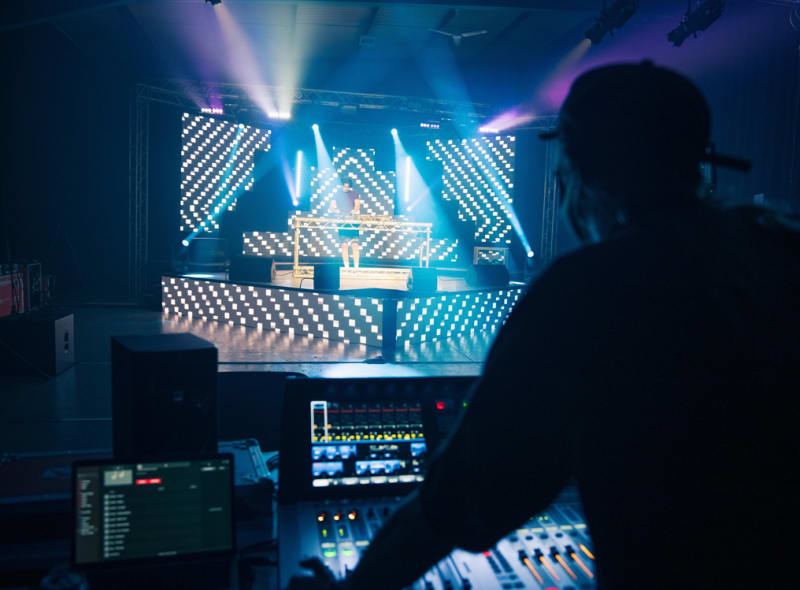 BA: Blimey! We couldn’t agree more! Onto your time at Backstage, so far, what’s been your best experience?

JP: The first year of LEP [Live Events Production] has been great, so far, and has really given us an introduction into every area of production. Showing the possibilities that you can achieve in event design. For me, I already have a pretty good understanding of lighting but nothing at all about staging. So those practicals have been really interesting. I never thought I’d learn how to put a truss up!

Bigger picture-wise. The best experience at the moment has been moving up North and exploring new things. I’m close with my family and haven’t ever been far away from familiar surroundings, so it was a big step for me.

Looking at all the amazing spaces we have on campus is just incredible, who’s coming into the studios and what we’re all doing together is a really cool adventure to be on. I feel like in such a short space of time, I’ve grown so much, experienced loads and I’m just so excited to continue exploring!

Like Studio 001, for example, and the people who are coming into work just blows your mind. I still go home and think, am I actually at the same place where such and such is coming in? It’s crazy. Ask me a year ago if I thought I'd be doing all this ...

JP: Ahh that's so difficult! I love most action and thriller films but Spectre and No Time To Die are strong contenders.

Do you want to find out how you can start your career in the live events and creative industries?