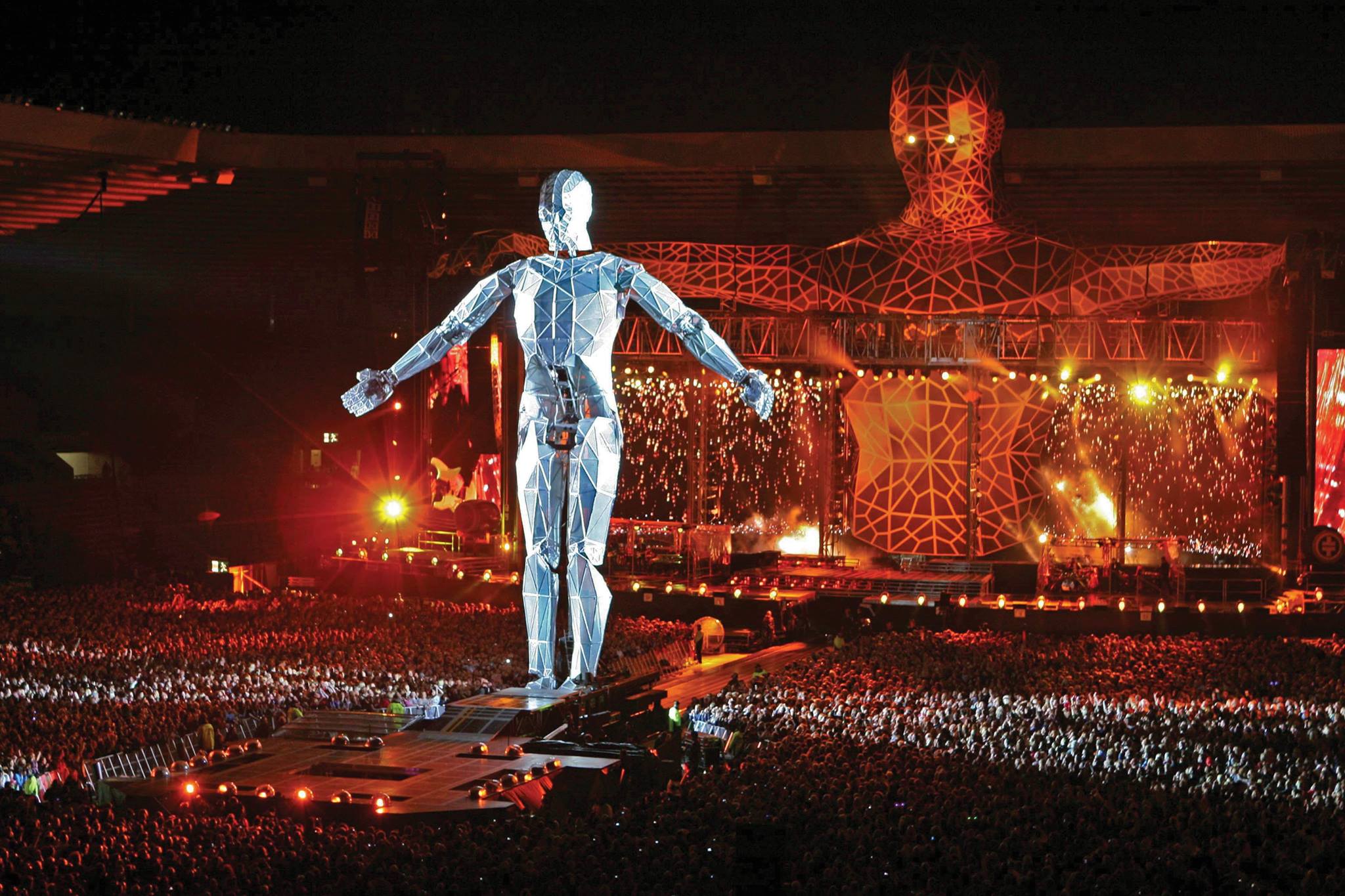 At home on Production park

Backstage Academy is based at Production Park amongst a cluster of industry-leading live events production companies.

Back in 2011, Production Park company Brilliant Stages designed and engineered the giant figure of ‘OM’, a 20m high animated man, brought to ‘life’ as a primitive god-like figure during the on-stage action as part of Take That’s Progress Live Tour.

Brilliant Stages worked with the creative director, show designer, technical designer and production manager to create OM and several other aspects of the staging, including the screamers and the 7m by 3.5m boom arm on which Robbie Williams skimmed above the heads of the audience!